The best bet for the Raiders vs. Jaguars preseason game, plus other top picks for Thursday 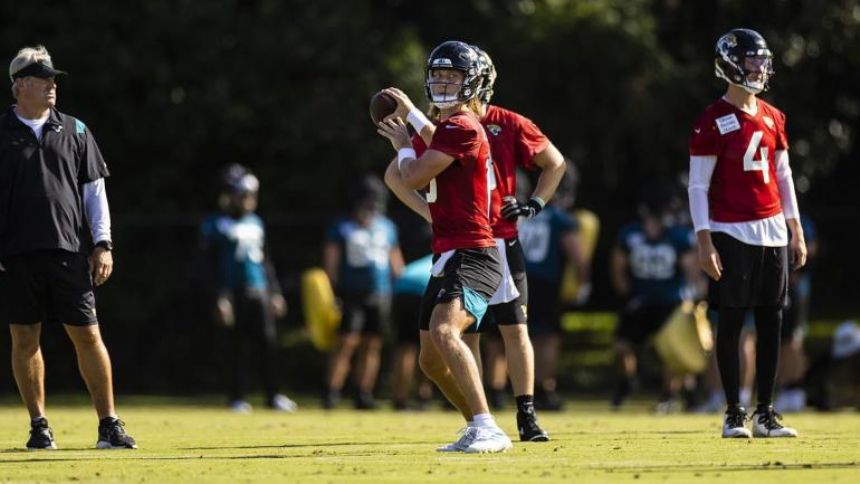 Congratulations, everybody, you've done it. As Zach kindly told you in this morning's newsletter, the NFL season begins tonight with the Hall of Fame Game between the Jacksonville Jaguars and Las Vegas Raiders. Also, shout out to Zach, who has toughed it out lately.

He's been able to write the newsletter every morning this week despite the fact he can barely see, as his eyes have been swollen with tears over the Washington Nationals trading Juan Soto. But Zach's a pro. He's soldiering through and doing his job, no matter how badly it hurts. I hope the sweet sounds of preseason football help soothe your wounded soul, Zach.

I'll have plenty more for you on tonight's game shortly, but first, let's check in on all the latest news.

Now, are you ready for some football?

I don't know how often we'll be betting on preseason NFL games this month, but you're crazy if you thought we wouldn't be betting on the first preseason game of the season. The Hall of Fame Game is a tradition! It's not an exciting tradition, but it's a tradition all the same. You spend the entire summer getting yourself worked up for the return of football, and then, finally, the game begins, and you're quickly reminded that it's a preseason game -- a glorified scrimmage that loses its luster quickly.

There are a few obvious reasons to bet the under tonight. The first is that defense tends to come along quicker in training camp than offense. Another factor to consider is that you won't see the best quarterbacks or skill position players on either roster play much tonight if they play at all. That limits the offensive ceiling, as well as the playcalling. The Hall of Fame Game rarely turns into a shootout, and the under is 12-7 in the game since 2000. Yes, some people track these things.

Here's what SportsLine is saying about the game:'Want another opinion on the game? SportsLine expert Larry Hartstein has shared his thoughts and leans too.

The Pick: Over 8 (-120) --'This is the first of a massive five-game series between the top two teams in the NL East, but while Mets and Braves fans will be living and dying with every pitch, thinking the entire season rests on each one, we'll be chilling and rooting for runs. The weather forecast in New York tonight projects conditions that will be beneficial for the offenses, with two starting pitchers who are solid but not overly dominant in strikeouts.

Atlanta's Kyle Wright and New York's Carlos Carrasco have above-average strikeout and below-average walk rates, but neither is at an elite level. They also both allow a good amount of hard contact, and with the total this low and the weather conditions, any contact could haunt them. Finally, both are offenses are smoking the ball lately. The Braves rank fifth in baseball in run rate over the last week, while the Mets have posted a ridiculous OPS of .945 over the last seven days, the highest mark in the league.

Key Trend:'The over is 4-1 in the last five meetings at Citi Field.

The Pick: Tigers (+158) --'The Rays aren't playing their best baseball at the moment. They've lost eight of their last 11 and appear a bit vulnerable tonight. While Tampa picked up a 3-2 win in Toronto on Wednesday, it won using five pitchers in a bullpen game. That means we don't know who is available out of the pen tonight and for how long, and this poses a problem with Jeffrey Springs starting for Tampa tonight.

Springs has been solid this season, posting an ERA of 2.70 in 73.1 innings, but he began the year as a reliever before moving into the rotation. Springs' last 12 appearances have all come as a starter, but he's averaged only five innings per start and has failed to go five full innings in three of his last five starts. He's also posted an ERA of 5.32 in those five starts, and while nobody will consider the Tigers a great offense, they've performed much better against lefties like Springs. If Springs' recent form holds, the Tigers continue to hit lefties well and then get to a tired Rays pen, this could get out of hand.'

Key Trend:'The Rays are 1-5 in their last six road games.

?? SportsLine Pick of the Day:'The Premier League season starts Friday afternoon and SportsLine soccer expert Martin Green has shared all the best plays for the opener between Arsenal and Crystal Palace.