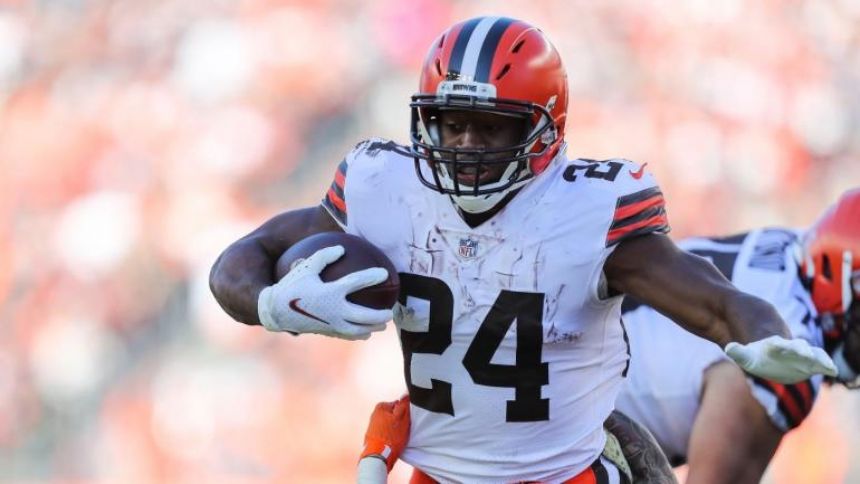 The Pittsburgh Steelers will try to continue their recent domination over the Cleveland Browns when the teams meet on Thursday Night Football. Pittsburgh has won the past two meetings and is 11-3-1 against the Browns since 2015 and 38-9-1 since Cleveland came back into the league in 1999. The Steelers (1-1) are coming off a 17-14 home loss to the New England Patriots last Sunday. The Browns (1-1) blew a 13-point lead in the final two minutes and dropped a 31-30 decision to the New York Jets in Week 2. The Steelers lead the all-time series 77-60-1.

Kickoff from FirstEnergy Stadium in Cleveland is set for 8:15 p.m. ET. Cleveland is a 4.5-point favorite in the latest Browns vs. Steelers odds from Caesars Sportsbook, while the over/under for total points scored is 38. Before you make any Steelers vs. Browns bets or TNF predictions, make sure you check out what SportsLine NFL expert Emory Hunt has to say.

Hunt is the founder and CEO of Football Gameplan, which has been supplying analysis of all levels of football since 2007. He is a former running back at Louisiana-Lafayette and knows the game from a player's perspective. Hunt's dedication to analysis of all levels of college and professional football helped him start the USFL season 24-18, including a 12-6 record over the last five weeks.'

In addition, Hunt has gone 11-3 on his last 14 NFL picks involving the Browns, returning $780. Anyone who has followed him is way up.

Cleveland quarterback Jacoby Brissett had a solid outing on Sunday. He completed 22 of 27 passes (81.5 percent) for 229 yards and a touchdown against an interception for a 98.9 rating. Brissett also rushed for 43 yards. He has played well against the Steelers in the past. In two career starts against them, he has a 102.8 rating. He has three rushing touchdowns and zero interceptions in four career starts on Thursday Night Football.

Also powering the Browns offense is running back Nick Chubb. He led the team with 113 yards from scrimmage, including 87 yards rushing, and tied a career-high with three rushing touchdowns last week, his ninth-career game with two or more rushing TDs. Chubb is gunning for his third game in a row with 100-plus scrimmage yards. He has 225 scrimmage yards (112.5 per game) and two rushing touchdowns in his past two Thursday Night Football games.

Why the Steelers can cover'

Quarterback Mitchell Trubisky is looking to cement his spot as Pittsburgh's starting quarterback. Trubisky completed 21 of 33 passes (63.6 percent) for 168 yards, one touchdown and one interception last week. As a member of the Chicago Bears, he rushed for a touchdown in his only career start against Cleveland on Dec. 24, 2017. He has five touchdowns, including three passing with no interceptions, in four career starts against AFC North opponents. Trubisky had four touchdowns, including three passing and one rushing, with a 115.5 rating in his last start on Thursday Night Football against Dallas as a member of the Bears on Dec. 5, 2019.

Running back Najee Harris had 89 scrimmage yards, including 40 receiving on five receptions last week. He had a career-high 206 yards from scrimmage yards, including 188 yards rushing, and a rushing touchdown in the last meeting against the Browns. Harris looks for his third game in a row vs. Cleveland with 120 or more yards from scrimmage and a rushing TD. He rushed for 94 yards and two touchdowns, including one rushing, in his only career game on Thursday Night Football, at Minnesota on Dec. 9, 2021.