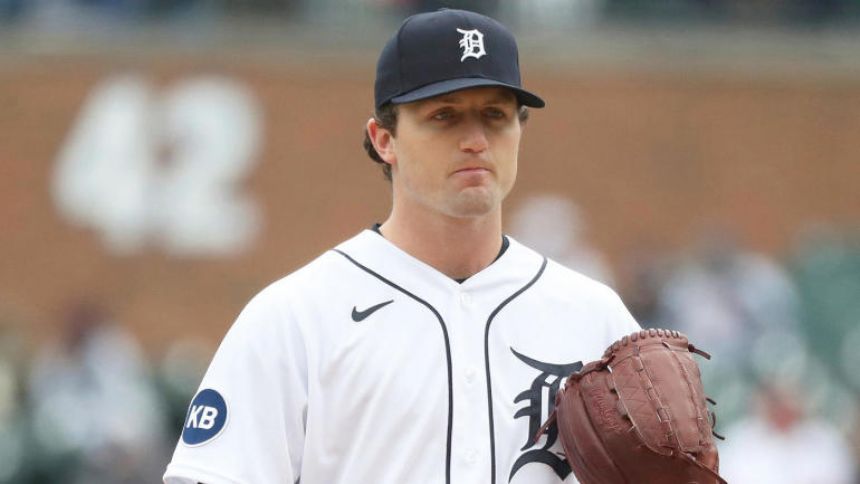 Detroit Tigers starting pitcher will not take his next minor-league rehab start as scheduled with Triple-A Toledo, and instead will report to the Tigers' spring training facility in Lakeland, Fla. According to manager A.J. Hinch, as relayed to reporters, Mize didn't feel that he could go all out in his previous outing.'

"We need to dial it back a little bit," Hinch said.'

Mize went down on April 15 due to a right elbow sprain. Further testing revealed it to be a sprained medial collateral ligament in his throwing elbow. He was shut down for a few weeks and then built himself up to a rehab assignment.'

This past Thursday, Mize took a rehab assignment with Toledo, but he only lasted 2/3 of an inning, coughing up three runs on four hits.'

And now, it's a step backward. It's certainly a big concern.'

Mize, 25, was the first overall pick in the 2018 draft out of Auburn. After posting a 3.71 ERA and 1.14 WHIP in 150 1/3 innings last season, the expectation was Mize would take another step toward being a frontline starter this season. Instead, he's dialing things back at Lakeland for a bit here in the middle of May.'

Things aren't much better for the Tigers as a whole. In a season where they were hoping to push for a playoff spot, they are 10-23, which is good for the worst record in the AL and only a game better than the Cincinnati Reds, who started 3-22.'

That is to say, the news on Mize is a big problem, but it isn't even close to the only problem in Detroit right now.'