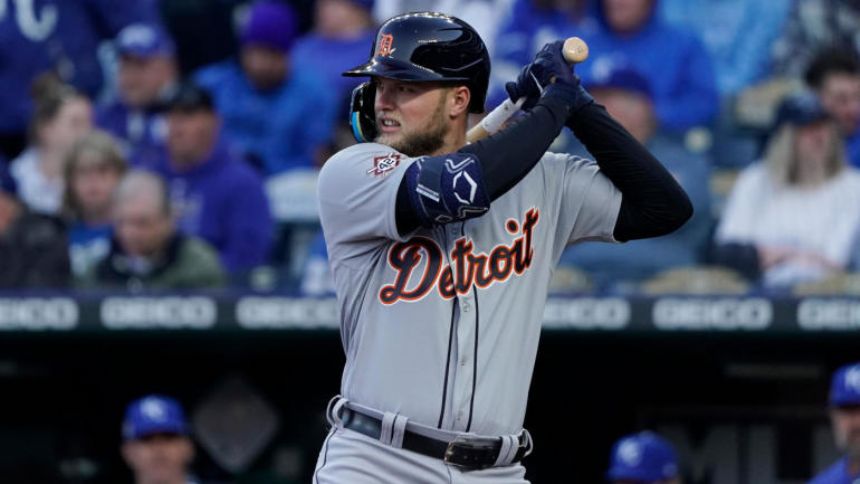 The Oakland Athletics (11-18) and the Detroit Tigers (8-20) face off on Tuesday afternoon in the second matchup of their four-game series. Both teams have struggled early on in the season and look to turn it around. The Tigers are currently on a six-game losing streak. Meanwhile, Oakland just ended its nine-game skid, picking up a 2-0 win in its last contest. Tarik Skubal (1-2, 3.04 ERA) gets the start for Detroit. On the other side, Frankie Montas (2-2, 3.44 ERA) is on the hill for Oakland.'

The first pitch is set for 1:10 p.m. ET. Detroit is the -115 money line favorite (risk $115 to win $100) in the latest Tigers vs. Athletics odds from Caesars Sportsbook, while Oakland is a -105 underdog. The over-under for total runs scored is 6.5. Before making any Athletics vs. Tigers picks, be sure to check out the latest MLB predictions and betting advice from the SportsLine Projection Model.

The SportsLine Projection Model simulates every MLB game 10,000 times and it is off to a sizzling start to the 2022 season. It's on a 31-19 roll on top-rated MLB money-line picks through five weeks, returning almost $800 for $100 players. Anyone following it has seen huge returns.

Now, the model has set its sights on Tigers vs. Athletics, and just locked in its picks and MLB predictions. You can head to SportsLine now to see the model's picks. Here are several MLB odds and betting lines for Athletics vs. Tigers:

Infielder Chad Pinder is a good hitter with plenty of power in the lineup for Oakland. Pinder offers position flexibility in the infield with a good throwing arm. The 30-year-old is aggressive in the batters' box, which can lead to some big hits and some strikeouts. Pinder has a batting average of .270 with three homers and 11 RBIs.'

Third baseman Sheldon Neuse is a good athlete on the field with a smooth-looking swing. Neuse can hit for contact and has produced runs for the Athletics thus far. He also plays solid defense in the corner and can deliver a dart across the diamond. Neuse is leading the team in batting average (.305), on-base percentage (.365), and hits (29) with 14 runs batted in. He's recorded a hit in four straight games.'

Left fielder Austin Meadows has a compact swing that allows him to smack the ball around the yard. Meadows has been able to constantly get on base thus far, providing Detroit with a threat to steal bases. The 2019 All-Star is leading the team in batting average (.286), on-base percentage (.381) and is tied for first in RBIs (11). In his last outing, Meadows went 1-for-3 with a double.'

Shortstop Javier Baez has a strong arm in the infield with good feet to throw the ball with accuracy. Baez plays with good bat speed with some solid power in his swing. The two-time All-Star is a pure hitter with many tools at his disposal. Baez has two homers with 11 runs batted in. On May 7, he went 2-for-5 including a double.'

SportsLine's model is leaning over on the total, projecting 7.4 combined runs. It also says one side of the money line has all the value. You can only get the model's MLB picks at SportsLine.

So who wins Tigers vs. Athletics? And which side has all the value? Visit SportsLine now to see which side you need to jump on, all from the model that has crushed its MLB picks, and find out.'