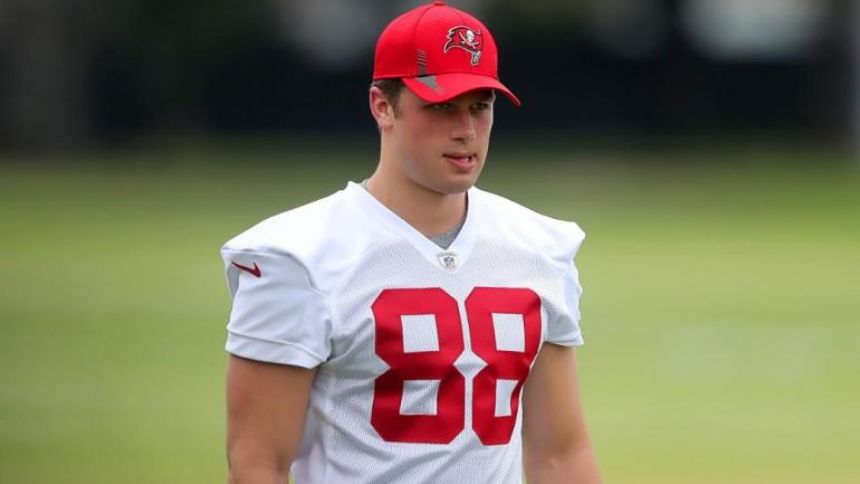 The 2022 rookie class of tight ends doesn't feature a unicorn like Kyle Pitts -- it's more deep than anything else.'

These are the five tight ends who'll be most productive in Year 1.'

Funny how things work out sometimes in the NFL Draft, because my comparison for Kolar was Mark Andrews. Now he's Andrews' understudy. The nearly 6-foot-7, 250-pound tight end was a star pass-catcher at Iowa State for the past three seasons, when he caught a total of 20 touchdowns and had over 40 receptions and 590 yards in each campaign. Kolar's productivity was mostly due to unusual flexibility for his height, which allowed him to snap in and out of his breaks as a route runner, and he caught everything. Basically. Kolar only had two drops in 2021.'

Yes, back-to-back Ravens. And, yes, it feels unlikely two rookie tight ends contribute on the same offense. But this isn't any offense. This is a Baltimore attack that saw Marquise Brown get traded away this offseason and was at its best in 2019 -- when Lamar Jackson was the league's unanimous MVP -- when it led the NFL in "22 personnel" which is a two-back, two-tight end set. In short, there'll be plenty of targets to go around from Jackson even with the superstar presence of Andrews at the same position.'

Kolar and Likely are two different types of tight ends with unique talents to threaten underneath, at the intermediate level, and down the field. Likely projects as a more capable Deebo Samuel YAC treat. He's higher than Kolar on this list because Kolar is much like Andrews. Likely provides more suddenness underneath to be targeted on high-percentage throws for Jackson.'

Suddenly, Otton is the defacto No. 2 tight end in Tampa Bay without any major threat of Rob Gronkowski returning, at least for the first few months of the season. Cameron Brate is still hanging around, and while he's flashed, the Harvard product hasn't reached 50 catches in a regular season since 2016, and he'll be 31 in July.'

Otton is a throwback type, a thick, blue-collar blocker who's like an ox in the open field with the ball in his hands. He was surprisingly small at the combine -- just 247 pounds -- yet his four years as a steady pass-catching contributor in Washington's run-heavy offense indicates he has what it takes to be a quality underneath, mostly chain-moving option for Tom Brady in Tampa Bay's aerial attack. There's not much upside to his game because Otton's not a supremely gifted athlete. Brady loves utilizing tight ends to extend drives. Otton is aligned to have an underrated productive rookie year.'

The Cardinals made McBride the first tight end off the board in the 2022 draft to pair him with Zach Ertz, a wily vet who quietly averaged over five grabs and over 52 yards per game in 11 regular-season contests in Arizona last season, the highest averages he'd registered since 2019.'

McBride does everything well. I don't know if he's spectacular anywhere, but he runs a variety of routes, has large, reliable hands, is a boulder after the catch, and is decently fast. In the Cardinals' offense, there's a lot of mouths to feed, starting with DeAndre Hopkins'(who is suspended for the first six games) and the newly acquired Brown. But Kyler Murray is going to throw it, on average, around 35 times per contest. McBride, of course, has fresher legs than Ertz and could become a steadier feature of the Arizona offense as the season progresses.'

The second tight end picked in April will be the most productive rookie tight end in 2022. Woods is a 6-7, 252-pound sharp route runner with a catch radius the size of a Mack truck and blazing 4.61 speed. He will threaten the seam for Matt Ryan. Under Frank Reich last season, the Colts had the sixth-highest "12 personnel" usage rate, which is a one-back, two-tight end pre-snap alignment.'

And gone is Jack Doyle. In front of Woods is another towering specimen in Mo-Alie Cox and 2021 fourth-round pick Kylen Granson. Cox is a freaky talent. Woods is all-around more capable than Granson. As for the quarterback, Ryan is one of the league's most consistent, above-average passers with a rich history of featuring tight ends in his offenses. In 2021, Kyle Pitts led the Falcons with 110 targets. Heck, in 2020, Hayden Hurst drew 88 looks from Ryan. The year before that, Austin Hooper finished second in Atlanta with 75 targets. Woods is going to see the ball thrown his way relatively often in a Colts attack that needs dynamic weapons. And he is certainly one.

Dulcich averaged around 18 yards per reception in his last two seasons at UCLA, and while there was clear stiffness to his game as a route runner on film -- which is mainly why I was lower on him than most -- there was no doubting his seam-stretching burst and deceptive long speed once the pistons started firing.'

In front of him on the tight end depth chart sits the explosive'Albert Okwuegbunam, who's been more hype than anything else early in his NFL career. Sure,'Russell Wilson'will be looking at'Courtland Sutton,'Jerry Jeudy, and'K.J. Hamler'-- but Dulcich doesn't have an established, 100-target tight end to challenge him for targets from what hopefully will be a more freed Wilson in Denver.'