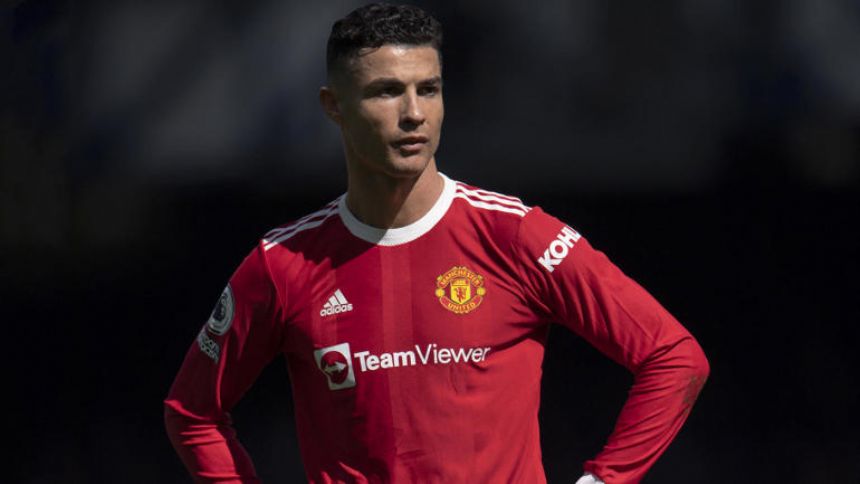 What's better than a cup of coffee and the latest transfer news? Join in as AP Sports provides the latest updates from around the world and what they mean to your favorite teams. Kalvin Phillips to Manchester City is all but done while Manchester United have thrown their ring in the hat for Lisandro Martinez. Monza may be the most interesting team in the transfer market worldwide, Everton have their eyes on a Richarlion replacement, and more.

Let's get to the transfer moves:

Phillips turned down two other proposals to join City, according to AP Sports insider Fabrizio Romano, and for good reason as he'll have a shot at winning the Premier League title in Manchester. He'll likely improve squad depth while rotating with Rodri but Phillips will also be able to give City a defensively stout double pivot. Darko Gyabi will also join Leeds United for a €7 million deal.

, City's summer business is falling into place. Chelsea are looking to wrap up a deal for Raheem Sterling which leaves Marc Cucurella as the next target on Pep Guardiola's wish list. Changes are coming as City are remaking the squad but so far all the names coming in will improve their upside over the course of the season.

Interest in Lisandro Martinez heats up

Arsenal were already tracking the versatile defender from Ajax but they may get competition from Erik ten Hag, who wants to remake the Manchester United squad. Capable of playing as a center back, left back or lining up as a defensive midfielder, Martinez would improve the versatility of any squad that he comes into. Arsenal would likely look at him as a left back due to Kieran Tierney's injuries piling up while Manchester United could use him everywhere on the field.

Martinez does want to leave Ajax for the Premier League but it remains to be seen which team will land him. Manchester United submitted a higher proposal than Arsenal, but the Gunners have not give up in their pursuit. With United'close to wrapping up their deal for right back Tyrell Malacia, Martinez is next on the wish list.

Staying with Man United, Ronaldo has put in a transfer request in the event to Red Devils receive an adequate bid for his departure. He wants to play in Champions League while also competing for a league title, something that can't be accomplished at United these days as they transition to a new coach. The trio of teams best positioned to make a move for Ronaldo seem to be Chelsea, Bayern Munich and Napoli. That said, Manchester United continue to hold a strong stance that he isn't for sale. After his agent Jorge Mendes was recently', this might be a request that grows into a demand if a solution isn't found.

After being promoted to Serie A for the first time in club history following a playoff victory over Pisa, Monza are looking to announce their arrival to the top flight in a big way. The team has had quite the upward trajectory since Silvio Berlusconi took over in 2018 while they were in Serie C. Now that they're in the top flight, they know that you need to score goals to stay there. According to Gianluca DiMarzio, Monza are dreaming of adding Mauro Icardi from PSG.

It's no secret that PSG need to sell and trim their squad and Icardi's career has gone downhill since leaving Inter Milan. He has only made 64 league appearances for PSG during his three seasons there, but Icardi's eye for goal remains, scoring 23 and assisting five more in that time. It would be quite a statement for Monza to bring the 29-year-old back to Italy but that's not the only name they're targeting.

Paulo Dybala has been in discussions with Inter Milan but . Monza have contacted his agent to explore the possibility of adding Dybala to their squad. While it's certainly a dream transfer for them, showing ambition of this level certainly signals that Monza will make a big splash in the transfer market sooner than later.

As Watford rebuild in the championship, manager Rob Edwards has requested that the team enters the season with only 11 non-homegrown players in the squad to ensure that they can all make the matchday squad due to the EFL's Rule of 11. This sell-off has already seen Cucho Hernandez join the Columbus Crew and Emmanuel Dennis as the next departure candidate.'

Dennis impressed in the Premier League, scoring 10 goals and assisting six more following his move to Watford and the 24-year-old still has room to grow. Similarly to Richarlison, Dennis can play as a striker in a front two or be deployed on the left wing bringing a high defensive work rate to the game. Dennis struggled to integrate at Club Brugge or Koln before moving to Watford but he opened up on some of those issues in an interview with Brila.

"I was tired of Belgium and had no more fun. I was dead in the head, completely dead. The worst thing was that I took this bad feeling with me to Germany in January. I had mental problems when I was loaded to Koln," said Dennis.'

With those struggles behind him, he certainly has a lot to offer to Everton if a move were to go through.'