UCLA vs. Oregon score: Ducks upset No. 3 Bruins on the road in OT behind Jacob Young's strong second half 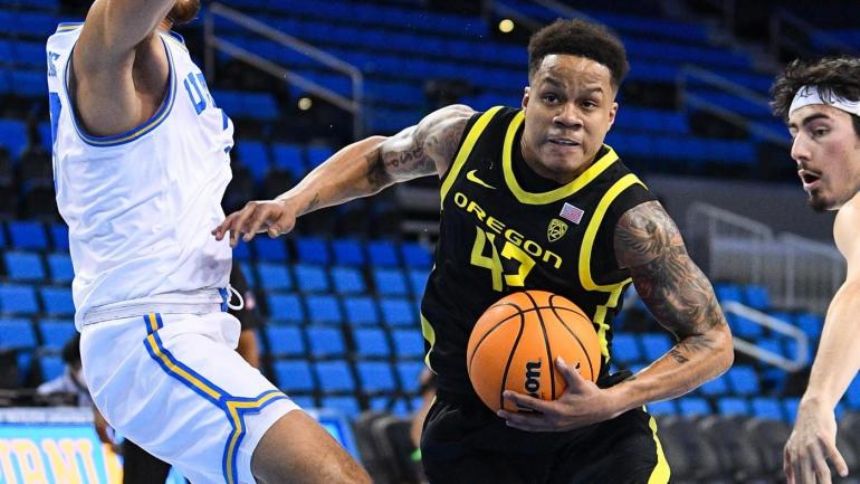 Oregon entered Thursday's game at No. 3 UCLA in desperate need of a quality victory following a lackluster first half of the season for a program coming off a Sweet 16 appearance and back-to-back league titles. The Ducks got it by knocking off the Bruins 84-81 in overtime, handing UCLA just its second loss as the Pac-12's preseason favorites squared off inside an empty Pauley Pavilion.

Fans are barred from the venue for the time being due to COVID-19 protocols, and without a surge from their home crowd, the Bruins (10-2, 2-1 Pac-12) let Oregon get hot in the second half. Rutgers transfer Jacob Young scored 19 of his 23 points after halftime to lead the Ducks (10-6, 3-2), who had six players in double figures.

Young committed a catastrophic turnover under UCLA's basket in the final 20 seconds of regulation that led to a game-tying basket from the Bruins' Jaylen Clark. But he made up for it with six points in overtime. The outcome leaves No. 6 Arizona as the Pac-12's only team still unbeaten in league play. It also marked the 700th win of Oregon coach Dana Altman's career.

.@Jybackk has the Ducks up two with two minutes to play.

The former coach at Creighton, Kansas State and Marshall is in his 12th season with the Ducks and is using a familiar formula. Oregon routinely plays its best basketball in the season's second half, and it appears this team will do the same. The Ducks entered ranked No. 91 in the NET but should expect a considerable boost following Thursday's result

Johnny Juzang led UCLA with 23 points in what amounted to the Bruins' toughest test since a win over Marquette on Dec. 11. UCLA had played just two games -- against Long Beach State and California -- since then entering Thursday.