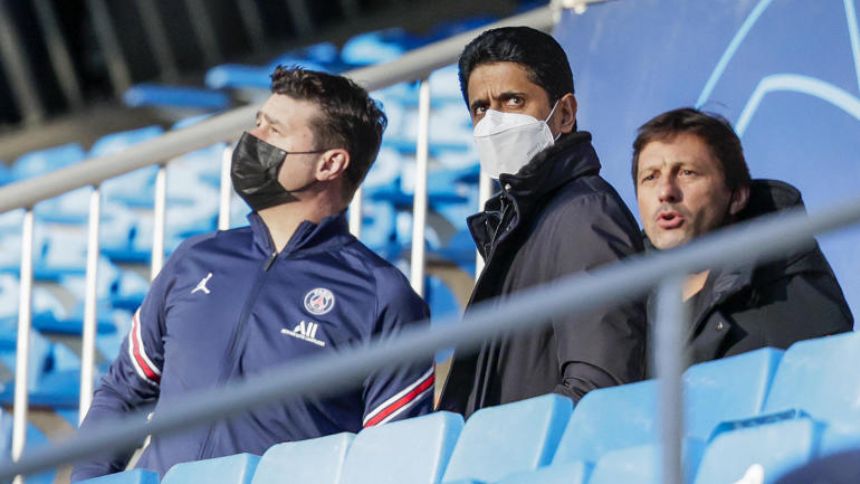 Paris Saint-Germain chairman and CEO Nasser Al-Khelaifi and sporting director Leonardo are to be investigated by UEFA after referee Danny Makkelie submitted his match report with a mention of the Parisien pair confronting match officials after Wednesday's 3-1 loss to Real Madrid.

The defeat saw PSG crash out of the UEFA Champions League 3-2 on aggregate at Santiago Bernabeu despite winning the opening leg at Parc des Princes with superstar Kylian Mbappe scoring once in each game before .

The Qatari and Brazilian leaders approached Makkelie and the Dutchman reported that his dressing room door was blocked while head coach Mauricio Pochettino spoke of "injustice" after Real's first goal when Benzema capitalized on Gianluigi Donnarumma's mistake.

Mauricio Pochettino felt Karim Benzema's opening goal in Real's stunning #UCL win over PSG should have been disallowed for a foul. ??@ChristinaUnkel says the officials got the call right and Poch is guilty of judging the play in slow-mo. pic.twitter.com/sZ0crjrWhr

UEFA will now consider Al-Khelaifi and Leonardo's conduct and behavior before deciding on a verdict which could see both severely punished despite the former's positions within European soccer's governing body and the European Club Association.

Want to know more about this breaking story? Listen below and followˇQue Golazo! A Daily AP Soccer Podcastwhere we take you beyond the pitch and around the globe for commentary, previews, recaps and more

Real Madrid are into the UCL quarterfinals at PSG's expense with Mbappe now heavily expected to opt to move on from the Ligue 1 giants this summer when his contract expires with Los Blancos his most likely destination given their longstanding interest in him.