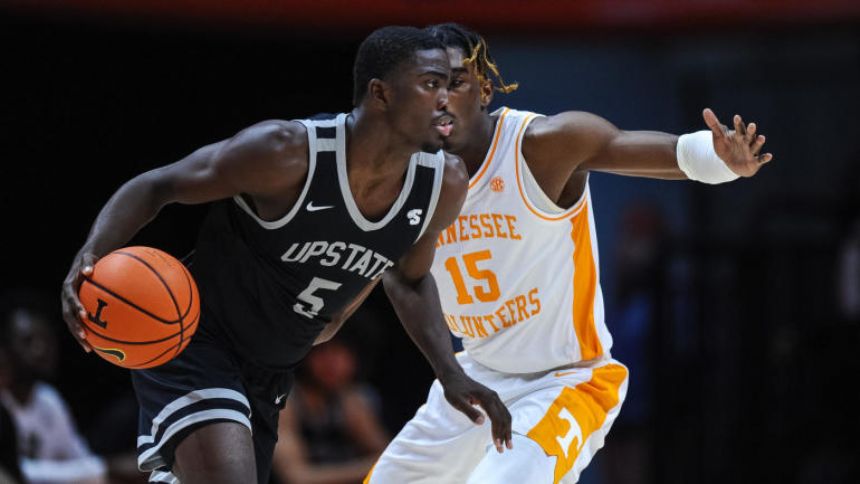 A spot in the 2022 Big South Tournament semifinals will be on the line when the USC Upstate Spartans face the Charleston Southern Buccaneers in a quarterfinal game on Friday at Bojangles Coliseum in Charlotte, N.C. Seeded No. 4 in the tournament, USC Upstate (13-15) received a first-round bye. The Spartans are coming off a 72-70 win over Gardner-Webb on Saturday. Meanwhile Charleston Southern (6-24), the No. 12 seed, is coming off a 79-78 upset over UNC Asheville in the first round of the tournament on Wednesday. The winner will face the survivor of the quarterfinal between No. 1 seed Longwood and No. 9 seed North Carolina A&T in the semifinals on Saturday.

Tipoff is set for 2 p.m. ET. The Spartans are favored by 6.5 points in the latest USC Upstate vs. Charleston Southern odds from Caesars Sportsbook, while the over-under for total points scored is 143.5. Before making any Charleston Southern vs. USC Upstate picks, you need to see the college basketball predictions and betting advice from Spotrac's advanced computer simulation model.

The Spotrac Projection Model simulates every Division I college basketball game 10,000 times. Over the past five-plus years, the proprietary computer model has generated an impressive profit of over $1,700 for $100 players on its top-rated college basketball picks against the spread. Anyone who has followed it has seen huge returns.

Charleston Southern has one of the conference's most dangerous shooters in Tahlik Chavez. The 6-foot-2 junior from Arlington, Texas, leads the Big South in 3-pointers per game (2.87). He also ranks fourth in the conference in 3-point field goal percentage (36.8).

In addition, Taje' Kelly is playing his best basketball of the season. In Wednesday's upset over Asheville, the 6-foot-8 freshman from Atlanta scored a career-high 24 points, including the game-winning putback at the buzzer, and seven rebounds. The performance came one game after his first career double-double.

USC Upstate has one of the best scorers in the Big South in Bryson Mozone. The 6-foot-6 senior from North Augusta, S.C., ranks sixth in the conference in points per game (15.2). He is averaging even more during conference play (16.3). For his efforts this season he was named to the All-Big South second team.

In addition, the Spartans have dominated the recent series against Charleston Southern. USC Upstate has won the last three meetings against the Buccaneers, including two this season. The Spartans' average margin of victory in those contests was 10.7 points a game.

Spotrac's model is leaning under on the total, projecting 142 combined points. The model also says one side of the spread hits in well over 50 percent of simulations. You can only see the model's pick at Spotrac.