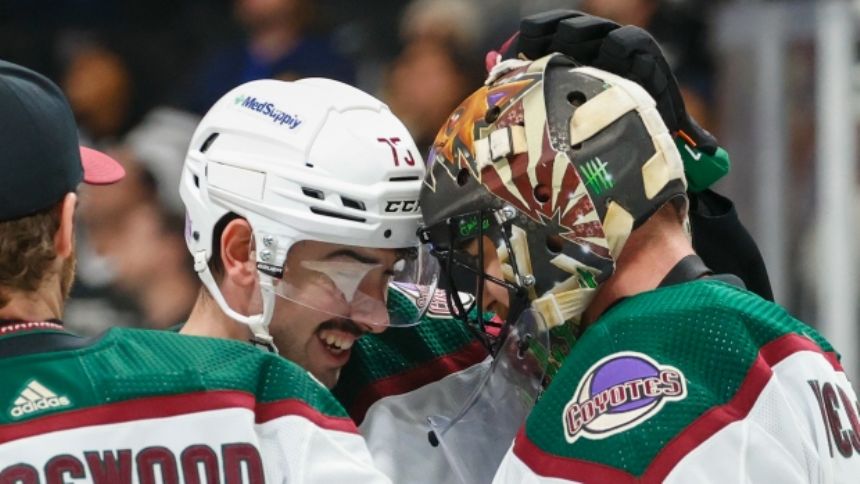 Antoine Roussel scored the game's only goal to help Arizona get just its fifth win of the season (5-15-2).

Connor Hellebuyck had 14 saves for Winnipeg, which is 1-5-1 in its last seven games. The Jets went 0 for 6 on the power play, including 0 for 5 in the third period.

Roussel, who was left alone in front of the net, converted a pass from Loui Eriksson past a helpless Hellebuyck with 2:01 left in the second period. It was Roussel's third of the season.

The Coyotes killed off the only penalty of the second period, a hooking penalty to one-time Jets captain Andrew Ladd to keep Winnipeg at bay. The Jets outshot Arizona 15-5 in the period.

Winnipeg couldn't beat Vejmelka, despite swarming him throughout the game. He came in sporting a 1-9-1 record and .905 save percentage.

Vejmelka was originally drafted in the fifth round of the 2015 NHL Draft by Nashville but never played for the Predators. The Coyotes signed the 6-foot-4, 203-pound goalie as a free agent in May.

The Jets outshot the Coyotes 17-7 in the first. Vejmelka had to be sharp on several chances.

Hellebuyck also stood tall through the first 20 minutes. The Jets killed off the only penalty of the period, a tripping call to defenseman Dylan DeMelo.

Coyotes: At Minnesota on Tuesday night to wrap a two-game trip.

Jets: Host New Jersey on Friday night in the second of a four-game homestand.