Veteran Adrianza returns to Braves in trade with Nationals 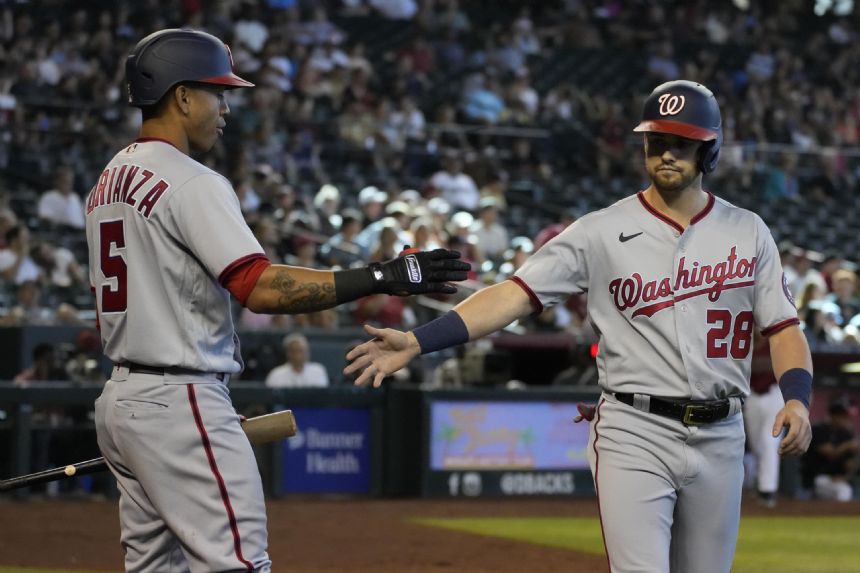 ATLANTA (AP) - The Atlanta Braves re-acquired infielder Ehire Adrianza from the Washington Nationals in exchange for a minor league outfielder on Monday.

The Braves cleared a spot for Adrianza when veteran Robinson Cano was designated for assignment after hitting .154 in nine games.

As the Braves await the return of second baseman Ozzie Albies from a broken left foot, which is expected by late August, Adrianza provides depth behind Orlando Arcia.

The Nationals acquired outfielder Trey Harris, who hit .238 for Double-A Mississippi this season.

Trading Adrianza is the Nationals' first but almost certainly not last move before Tuesday's trade deadline. Star outfielder Juan Soto could be the biggest name on the move if Washington opts to deal him, while Josh Bell is among several pending free agents who seem likely to be traded.

Adrianza, 32, hit .179 in 31 games for the Nationals this season. The native of Venezuela helped Atlanta win the World Series last season, when he hit .247 with five homers and 28 RBI in 109 games.

Adrianza hit .250 with three homers and 12 RBIs as a pinch-hitter last season. His 16 hits in those situations tied for the lead in the majors.