WATCH: Kyrie Irving recounts how Kobe Bryant helped motivate him in 2016 NBA Finals and through injuries 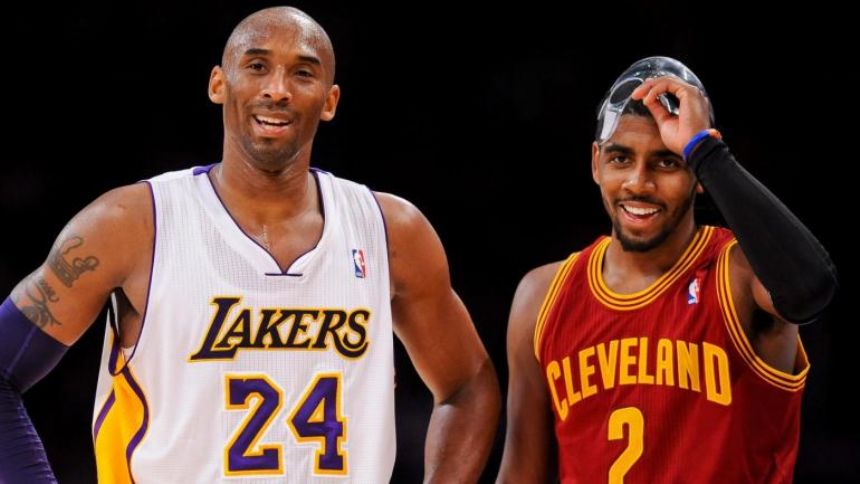 Brooklyn Nets guard Kyrie Irving is using some of his free time in the offseason to play video games and stream on Twitch. He has talked about a wide variety of topics, and one of the conversations was a story about Kobe Bryant giving him advice and motivation that helped him succeed during the 2016 NBA Finals.

Irving -- who at the time was with the Cleveland Cavaliers -- said it all started the previous year when he dealt through multiple injuries during the 2015 playoffs. He was suffering from a strained right foot that occurred during the first round series against the Boston Celtics. Irving was overcompensating with his left leg, and eventually this became an issue and an MRI showed he had tendinitis in his left knee. His injuries visibly affected his game during the Eastern Conference semifinals series against the Chicago Bulls.'

Irving decided to call Bryant, who was in his penultimate season with the Los Angeles Lakers, and told him his left leg was no good. Bryant told him to just focus the things he can do, instead of the things he can't. The "mission" needed to be the only thing in his mind. Irving listened to the advice and got 25 points during Game 5 to help his team take a 3-2 lead.'

"I was literally hoping on one leg," Irving said. "We were going against the Bulls...they had a solid team. Kobe was telling me before the game to just focus on what you can do, and I ended up getting 25."

The Cavs eventually made it to the NBA Finals before losing to the'Golden State Warriors. Irving couldn't contribute much on the court for that series as he suffered a season-ending left kneecap fracture in Game 1. He admitted that the offseason was difficult for him and he was "really going through it" during the summer so he decided to get Bryant's advice once again.

"I asked Kobe how do I attack this season. How do I really lock in and focus on the mission of winning the championship?" Irving said. '"He straight up said, 'You can't give a f--k about what people say. If you are paying attention to what other people say, stop.'"

Bryant played against Irving for the last time in March 11, 2016. At that point the Lakers were not out of playoff contention yet, but it was clear the team was not likely to finish the season on top. The Cavs looked like they had a chance to compete for the championship again, so Irving hoped for some more valuable advice from his hero.'

The night before they faced each other on the court for the last time, they met for dinner in Los Angeles and Irving said Bryant gave him some tough love that ignited a fire.

"He gave me some extra motivation in the most Kobe way," Irving recounted. "He was like, man I think Golden State is definitely going to win the championship this year. Can you imagine Kobe saying that? He was my hero."

Kyrie sharing the story about how Kobe motivated him to win the championship in 2016 ?? pic.twitter.com/9oIWnOWFiB

Irving said he looked Bryant straight in the eye and told him the Warriors were not winning this one, he would make sure the Cavs won it.'

Cleveland went on to have another successful season that ended in a 57-25 record and complete against the Warriors in the Finals for a second straight season. That series was one to remember as the Warriors had taken a 3-1 lead before the Cavs punched back to take it to a Game 7 in Oakland.'

The final game was tied at 89 with under a minute to go in the fourth quarter. Irving went one-on-one with Golden State guard Steph Curry before hitting a three-pointer to put the Cavs up by three with 53 seconds remaining.'

Irving finished that game with 26 points, helping the Cavs take a 93-89 victory and lift the 2016 NBA championship trophy, just as he told Bryant they would.