With Haaland gone, Bellingham in the spotlight at Dortmund 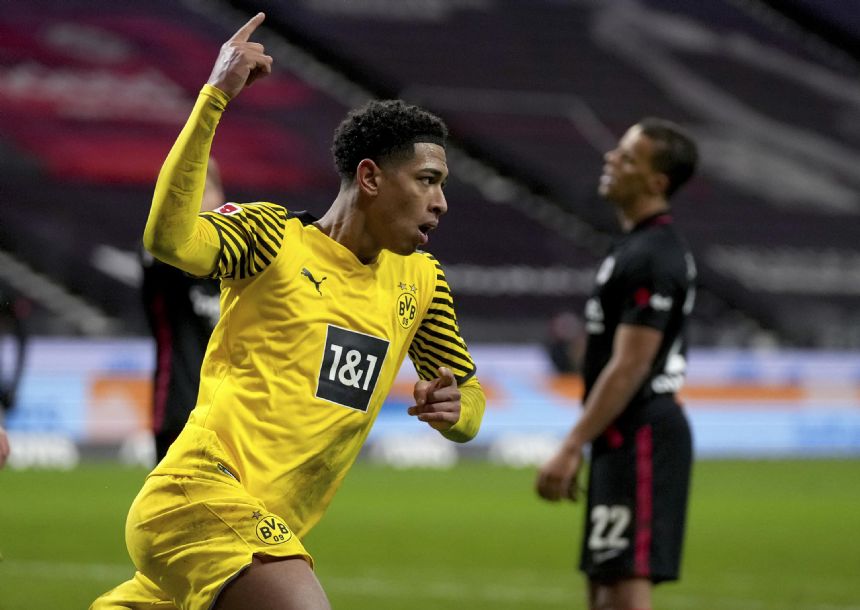 The 19-year-old England midfielder was handed the captain's armband during a friendly against Villarreal last month, a sign of his growing stature ahead of his third season at the club. Only Germany veterans Marco Reus and Mats Hummels are ahead of Bellingham in Dortmund's leadership hierarchy under coach Edin Terzic.

It's no surprise. Bellingham made 32 appearances for Dortmund last season - more than any other player - chipping in three goals setting up eight more from midfield.

But this season will be crucial for the teenager's development at Dortmund, his World Cup hopes and the possibility of a record-breaking transfer in 2023.

With Bayern Munich in transition after selling Robert Lewandowski to Barcelona, there might even be a chance for Bellingham to help Dortmund break the decade-long Bavarian monopoly on the Bundesliga title. Key decision-makers at Europe's biggest clubs are watching closely.

A transfer right now seems highly unlikely, but next year might be possible.

"Still always a pleasure to wear black and yellow. Hopefully many more good moments to come," Bellingham recently wrote on Twitter to mark two years since he signed for Dortmund.

Until now, Bellingham has shared the spotlight with other promising young players at Dortmund, playing alongside Jadon Sancho in his first season before his departure for Manchester United, and two seasons alongside Erling Haaland, now at Manchester City.

With Haaland gone, Bellingham is the main attraction at Dortmund. He's shown before that he can handle the pressure at a young age. Dortmund fans adore Bellingham's unwillingness to back down, whether on or off the field, particularly when he butted heads with the German soccer federation by questioning why a referee once linked to a match-fixing case had overseen his team's game against Bayern Munich.

Bellingham's sheer versatility - he can defend, start attacking moves and scores goals - affords Terzic flexibility in how he sets up his team. It's clear he'll be the core of the squad next season, having started every game he was available to play during Terzic's first spell as interim coach in 2021-22.

Dortmund has a reputation as a finishing school for future stars, the question is when Bellingham will feel it's time to graduate and move on. Haaland left Dortmund after two-and-a-half years, while Ousmane Dembele lasted only 14 months before his 2017 move to Barcelona, though Sancho stayed a full four years in Germany prior to joining Manchester United last year.

Bellingham's contract runs through 2025 and a transfer for the midfielder is considered likeliest next year. He's already widely considered Dortmund's most expensive player in terms of market value, but his stock may have risen yet further by then.

Bellingham played three of England's games at last year's European Championship - when he was the youngest player in the squad by two years - but wasn't selected for the loss to Italy in the final.

He has increasingly become a central part of England coach Gareth Southgate's plans, though, and has played seven of England's last eight games. The World Cup in Qatar, when England starts with group games against Iran, the United States and Wales, could be crucial to the next chapter.