Yankees, Mets have New York in a baseball state of mind 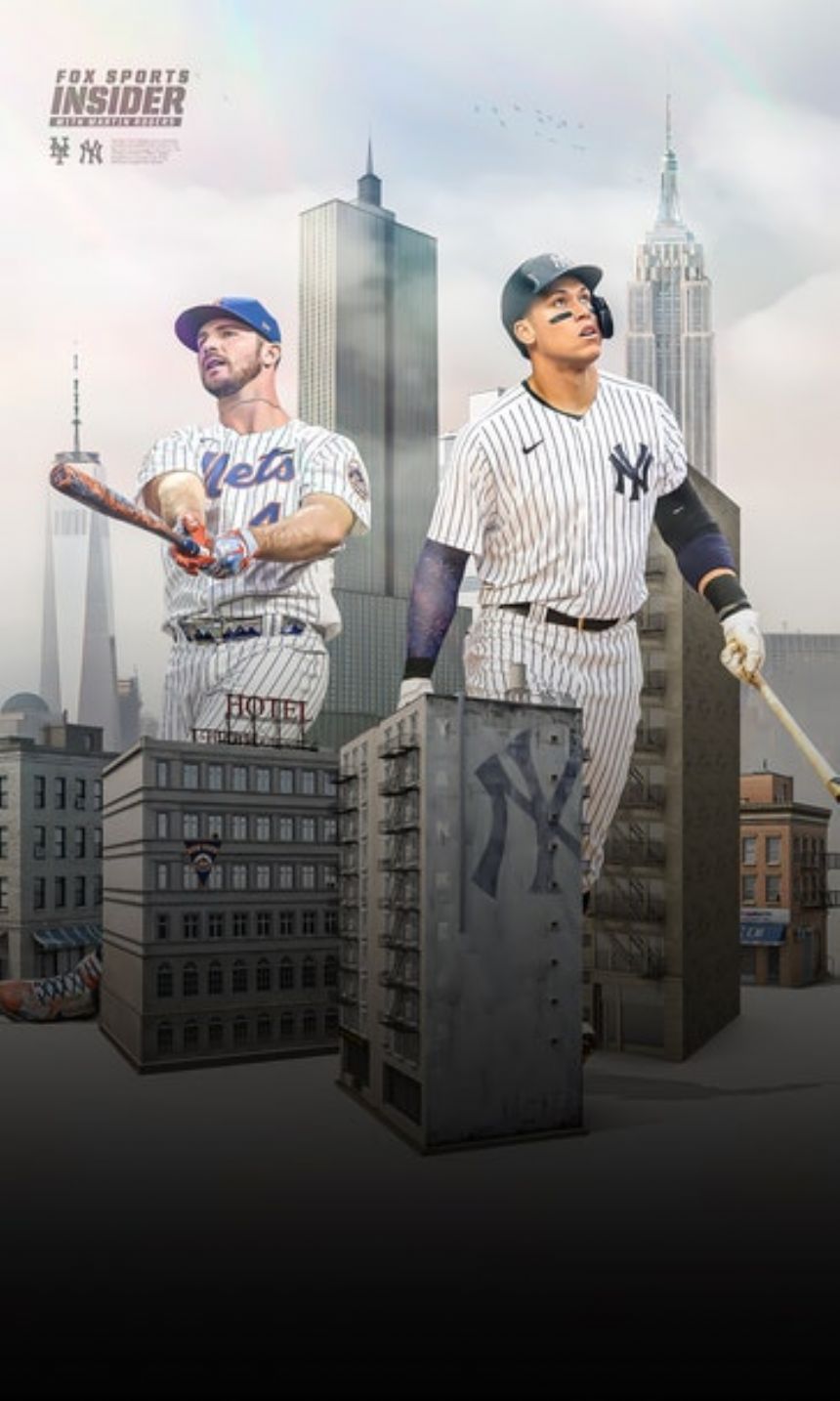 If you're a visitor to New York from out of town, you haven't been to the gnarled old city in a minute, and you're noticing a few more smiles on faces on the subway while wondering what it's all about, consider for a moment that baseball might be the reason.

Baseball's soul of success is rooted firmly in New York this year, a double dose of consistency from the Yankees and the Mets that sees fans of both pinstriped and Metropolitan sentiment grinning and basking in the glow of yet another win, allowing dreams to formulate all the while.

Behind the thundering bat of Aaron Judge, the Yankees have surged to an MLB-best 51-18 record, with Judge already bashing 27 home runs. The Mets have the second-best record at 45-26 despite dropping a pair on the road to the Houston Astros this week, their supporters drunk on love for slugging star Jeff McNeil.

It is a New York baseball summer, something that sounds like it belongs to a distant generation, but in reality, has just not happened very often at all.

"For once, everyone is happy, everyone is smiling," wrote New York Post columnist Mike Vaccaro. "Everyone is enjoying the ebb and flow of the long season because there's a surplus of flow and a minimum of ebb."

It has been 22 years since the Subway Series, but even that year wasn't one like this. The Mets won 94 games in 2000 (fifth-best in MLB) and the Yankees 87 (ninth-best) before fate and form smiled on them in the postseason.

It wasn't like this year, with both squads barging a path through the campaign and barely offering an apologetic glance back over the shoulder.

The New York Times reported this week that the combined winning start (before the pair of Mets defeats) of .699 was on track to be far and away the best that the two teams had managed since the Mets came into existence in 1962. Furthermore, the previous three-team era - the New York Yankees and Giants plus the Brooklyn Dodgers - never produced a collective mark better than .636.

Recently, if one of the teams was thriving, the other would often be floundering. Only once, incredibly, in 60 years, have both the Yankees and Mets finished atop their division. Only four times in 27 years since the wild card came in have both made the postseason. It's been a baseballing see-saw; when one is up, the other is down. Or sometimes, that they're both mediocre.

"This is probably a good place to acknowledge that plenty of New York fans don't see combined greatness as a good thing," wrote Victor Mather in the NYT. "For these fans, it is not enough that their favored team succeed; their crosstown rival must also fail."

Yes and no. Neither fan base would hold fond memories for a season that had, say, 102 wins from their heroes but a World Series title for the folks across town.

But those are thoughts that can rest a little while longer, at least until the serious business of the postseason edges a little closer.

If you count only the four traditional American team sports, New York hasn't had a champion since early 2012, when Eli Manning led the football Giants to a second Super Bowl win over Tom Brady's New England Patriots.

The time since is a barren stretch that was assured of extending further when the NHL's Rangers got bumped out of the Stanley Cup playoffs two weeks ago.

Apologies, NYCFC of MLS, your 2021 triumph didn't fit in with the premise of this column, but congrats anyway.

But yeah, no recent Big Apple glory in pro football or basketball, nothing that produced a ring from the region's collection of three hockey teams, and no World Series wonderment from the baseball diamond.

Well here comes hope. Baseball's centrifuge has been absent for a while, with the Los Angeles Dodgers flexing financial might and the Yankees and Mets claiming just one division title each since 2013.

Fast-forward to now and the supporters aren't thinking about all that, they're buzzing about the present. There is something in the air and all those romantic notions that baseball - maybe only baseball - can generate, are being bandied around the city. New York is remembering why it loves its teams and loves this sport like few other places can match.

Right now it feels like the pulse of baseball is back. The locals, talking through their giddy smiles, would say it is back where it belongs.