Zack Greinke will save Royals from getting swept, plus other best bets for Wednesday 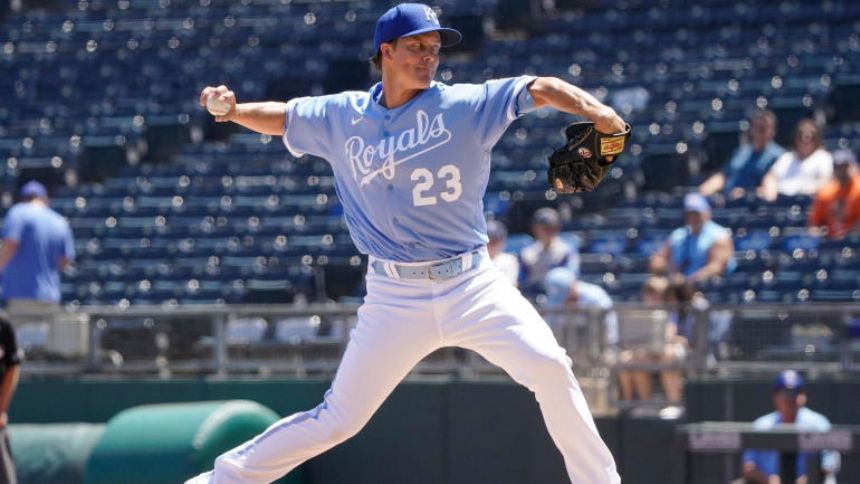 Good afternoon gamblers, it's Chris Bengel back with you. Diamondbacks reliever Ian Kennedy really robbed us of a perfect night, didn't he? Arizona had a 5-0 lead and found a way to allow the Padres to win in walk-off fashion.

Let's put that brutal loss behind us and bounce back with Wednesday's beautiful slate of baseball picks. As you're reading this, hopefully you're enjoying the big schedule of afternoon baseball that we've been blessed with. We'll keep the picks to the nightcap of games in this installment.

Let's not waste any more time and dive right into the picks.

The Guardians have taken the first two games of this series, so you'd think that they'd have the brooms out for this one. I don't believe that to be the case.

Guardians hurler Cody Morris has just one career start under his belt, and it left a lot to be desired. He yielded two earned runs on four hits while striking out three batters and walking two in two innings against the Mariners. He needed 54 pitches to get through those two innings and received the loss despite not going very deep in the game. For KC, veteran right-hander Zack Greinke is making his return to the mound after missing the last couple of weeks due to a forearm injury. In 10 starts at Kauffman Stadium, he has accumulated a 4-2 record to go along with a 1.98 ERA and also has issued just nine walks.'

The Royals aren't a team that strikes out much, as they rank 20th across the majors in that category. Kansas City also ranks in the top half of Major League Baseball in batting average (.244), so they certainly possess the ability to get to Morris. Greinke's veteran presence should be the driving force in getting the underdog Royals on the winning side of action tonight.

The Pick: Under 7.0 runs (+100):'-- I'm honestly not the biggest under guy when it comes to betting any sport. Still, the stars are well-aligned for the under to hit here.

Red Sox starter Nick Pivetta is the definition of an up-and-down pitcher, which is evident by his 9-10 record and 4.37 ERA. However, he has actually been throwing the ball well of late. The veteran right-hander has yielded two runs or fewer in three of his last four starts while also limiting the home run ball.'

Meanwhile, Rays starter Jeffrey Springs has also been pitching some of his best baseball. Over his last six starts, Springs has surrendered two or more runs in just two of those outings. He is also coming off a scoreless outing against the Yankees in which he only gave up four hits and struck out seven batters. If these pitchers continue to throw the ball well, there's no doubt that the under can be in play in this spot. After all, the under is 7-3-1 in the Rays' last 11 home games.

Rangers at Astros, 8:10 p.m. | TV: MLB.TV
The Pick: Christian Javier over 6.5 strikeouts (-139) --'Astros right-hander Christian Javier has quietly turned into one of the top strikeout pitchers in baseball. That's why I'm more than confident that this strikeout prop will come through for us.

Entering Wednesday, Javier ranks 16th in the majors with 157 strikeouts. In this matchup, Javier will be facing a Rangers team that is sixth in the majors in strikeouts (1,184). The right-hander has recorded at least seven strikeouts in three of his last six starts. Oh, and Javier's last start came against... the Rangers on Aug. 31 and he struck out seven batters. In four starts against the Rangers in 2022, Javier has tallied at least seven strikeouts in all but one of those outings.

This has the makings of an easy win, especially if Javier goes deep into the game on Wednesday.

Key Trend: Javier has registered at least seven strikeouts in three of his last six starts