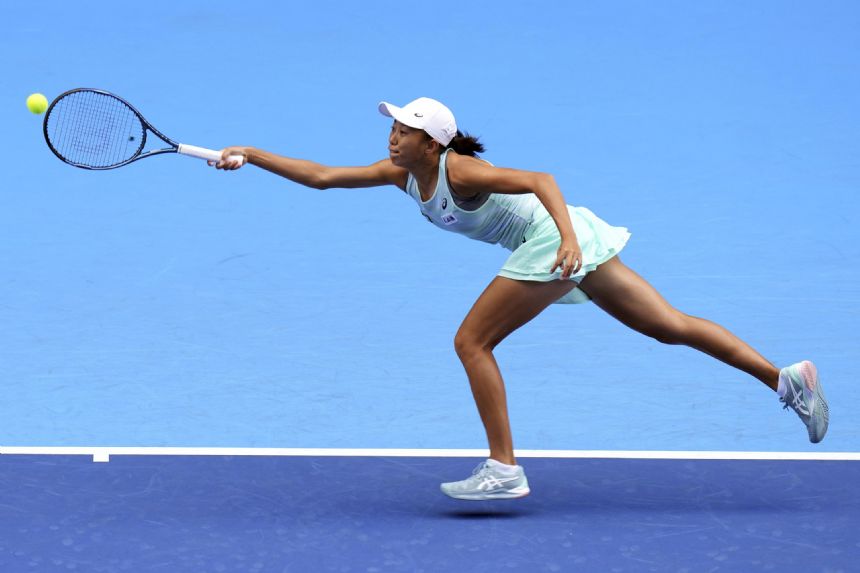 TOKYO (AP) - Zhang Shuai upset second-seed Caroline Garcia 4-6, 7-6 (5), 7-6 (5) in the second round of the Pan Pacific Open on Wednesday and third-seeded Garbine Muguruza cruised past Greek qualifier Despina Papamichail 6-4, 6-2 to reach the quarterfinals.

Garcia broke Zhang's serve in the first game of the first set and pressured the world No. 28 with strong serves and powerful ground strokes, winning the set with her 10th ace.

But despite serving 27 aces in the match, Garcia, the U.S. Open semifinalist, couldn't maintain her form and Zhang used her speed and precision to take the upper hand in the second set.

Zhang, 33, said her many years of playing and training in Japan paid off.

"I was trying to stay calm. I told myself in the tough moments how I never lose on this court so today I will win," she said. "This is my home tournament so that gave me a lot of motivation. Everything is positive here and that's why I played really well."

In the opening match of the day, Muguruza, a former world No. 1 and two-time Grand Slam singles champion, played an efficient baseline game against Papamichail, ranked 213 in the world, but said it wasn't easy.

"The first match is always difficult, especially as she has already played here and had a good feeling for the court, so I was nervous," said Muguzura, the world No. 12 and the 2021 WTA Finals champion. She received a first-round bye.