Magic Johnson rips Lakers after ugly loss for 'lack of effort and no sense of urgency,' says fans deserve more 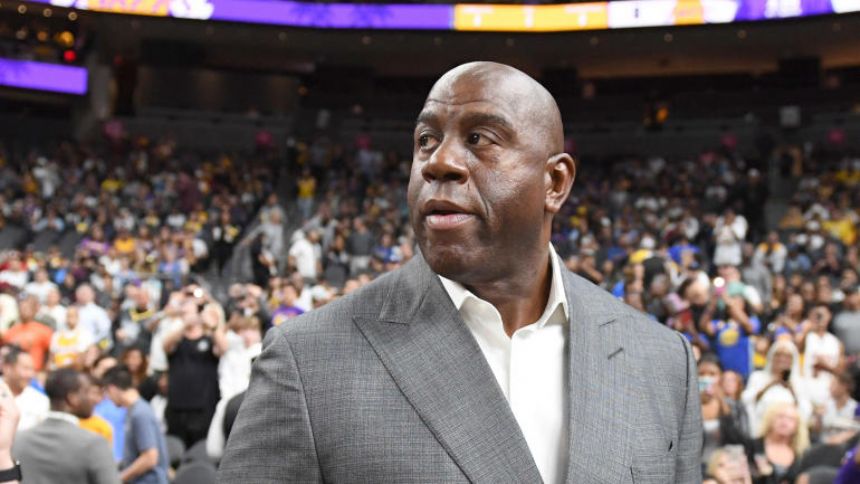 Magic Johnson, the former president of the Los Angeles Lakers, resigned from his post in 2019. Magic Johnson, the Laker legend and diehard fan of the team, is still very actively invested in their season. That season hasn't gone according to plan. Through 43 games, the preseason Western Conference favorites are 21-22. On Saturday, they hit yet another low point with a 133-96 loss to the Denver Nuggets. Johnson made it clear that he wasn't pleased after the defeat.

"After being blown out by the Nuggets 133-96, we as Lakers fans can accept being outplayed but we deserve more than a lack of effort and no sense of urgency," Johnson tweeted after the game. "Owner Jeanie Buss, you deserve better."

The Lakers, themselves, didn't take the bait.

As aggressive as Johnson's criticism was, it was hardly inaccurate. More than half of the season is in the books and the Lakers still haven't developed a cohesive identity. They are still frequently out-hustled on defense by teams with much more modest ambitions. Westbrook still hasn't figure out how to coexist with a ball-dominant star teammate, and many of the minimum-salary signings the team made this offseason have been disappointments. It almost isn't even fair to say that the team owner deserves better than this when the front office's hesitance to pay Alex Caruso is part of what got the Lakers into this mess. This season has been a failure from ownership down to the roster. If anything, it's the fans that deserve better than this.

Johnson could have been the one trying to fix it. He was the team president who lured LeBron James in 2018, but he willingly surrendered the job and criticized his replacement, Rob Pelinka, on his way out the door. Not even Johnson is blameless here, as his failures running the team helped push the Lakers down this path. Buss may have deserved better, but Johnson didn't give it to her. This season, no Laker has.