This event is now final however you can still access the Trend Finder that was originally available for this event before it started below. 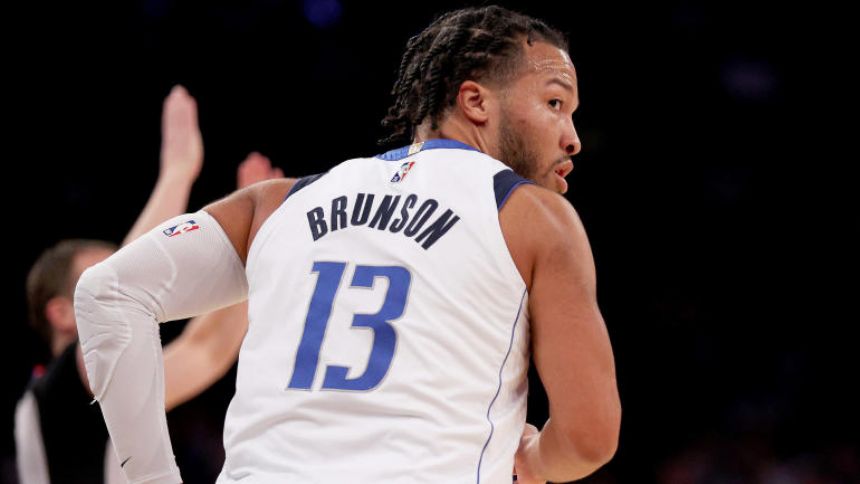 The New York Knicks have been searching for a point guard for what seems like decades. They've been linked to Damian Lillard, but he isn't available. They signed Kemba Walker in the offseason, but he hasn't played well in New York. Derrick Rose has largely thrived as a Knick, but he is currently injured. That has forced the front office to continue searching outside of the organization for a floor general, and according to Marc Berman of the New York Post, they've identified a possible target in Dallas Mavericks guard Jalen Brunson. New York has contacted Dallas about Brunson in the past, and as one source told Berman, the Knicks "want him bad."

The Knicks and Mavericks would be natural trading partners for a variety of reasons. Brunson is set to become an unrestricted free agent this offseason, and if Dallas doesn't believe it can afford to re-sign him, trading him for value would be a viable alternative. As Berman notes, Brunson's father, Rick Brunson, was once represented by Leon Rose during his playing career.

Yet perhaps more importantly, New York acquired Dallas' 2023 first-round pick in the Kristaps Porzingis deal. That pick holds particular value to the Mavericks, not necessarily because it is going to be high, but because of how it affects their other picks. The protections on that 2023 pick essentially prevent the Mavericks from trading any other first-round picks until 2027. Getting their own pick back would make it far easier to deal other picks. If the Mavericks hope to overhaul their roster in the next few years, they'll need access to their full complement of draft picks for future deals.

Brunson thrived in a bigger role when Luka Doncic was out earlier in the season. He is averaging 16 points per game for the season and scored more than 22 points a night in the second half of December. Whether or not that would translate to a more consistent, featured role is not clear, but Brunson has at the very least ascended to full-time starting status with the Mavericks.

Dallas can outbid the competition to keep him in free agency, but after signing Tim Hardaway Jr. and Reggie Bullock last summer, and with Dorian Finney-Smith also set for the open market this summer, there's only so much it can afford to spend. If the Mavericks determine that Brunson isn't a part of their long-term plans, they should be able to convince a team like the Knicks to pay a hefty price for his services at the deadline.