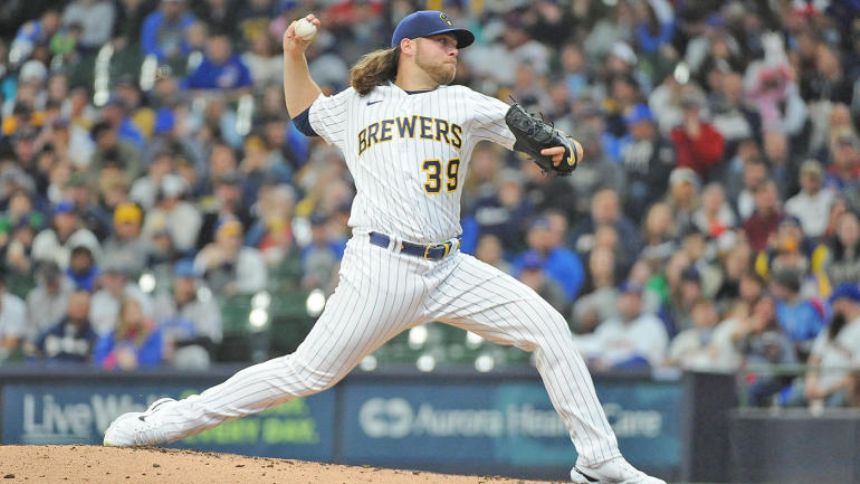 First pitch is set for 7:40 p.m. ET from American Family Field in Milwaukee. The game is one of nine on the MLB schedule for Monday. Elsewhere in the majors, two American League teams heading for the playoffs -- the Astros and Rays'-- open a series in Tampa, and the Braves' Kyle Wright looks to become the first 19-game winner in the majors, against the Nationals. Before making any MLB picks or parlays, be sure to see the predictions and betting advice from SportsLine's proven computer model.

The SportsLine Projection Model simulates every MLB game 10,000 times, and it is 321-272 on top-rated MLB money-line picks since the start of the 2021 season, returning more than $600 for $100 bettors during that span. This is the same model that pegged the 2021 Atlanta Braves at 10-1 as one of three best bets to win it all last season. Anybody who has followed it has seen profitable returns.

Now, the model has locked in three confident MLB best bets for Monday. They all involve games at 7:40 p.m. ET or later, so there's still time to get these'MLB picks'in. If you successfully parlay the picks, you'd be looking at a payout of almost 6-1. You can only see the model's MLB picks at SportsLine.'

After simulating every game on Monday 10,000 times, the model is high on the Brewers (-120) to beat the Mets. Milwaukee is coming off a series in which it took two of three games from the Yankees. Trying to make a push for a wild card berth in the NL, the Brewers have either split or won their last four series, against the Giants, Reds, Cardinals and Yankees.

Burnes has dominated New York in his career. In three starts against the Mets, the Milwaukee ace is 2-0 and has allowed just four runs in 18.2 innings (1.93 ERA). Most remarkably, he has struck out 25 batters and given up only one walk.'See who else to back right here.

How to make MLB picks and parlays for Monday

The model also locked in two other best bets for Monday. You can see the model's MLB Monday best bets and parlay only at SportsLine.

What MLB picks should you target for a payout of almost 6-1? Visit SportsLine now to see the MLB best bets from an advanced model that is on a 321-272 run on top-rated MLB money-line picks since the start of 2021.