2022 NFL schedule release: Chiefs and Buccaneers will face off on 'Sunday Night Football' in Week 4 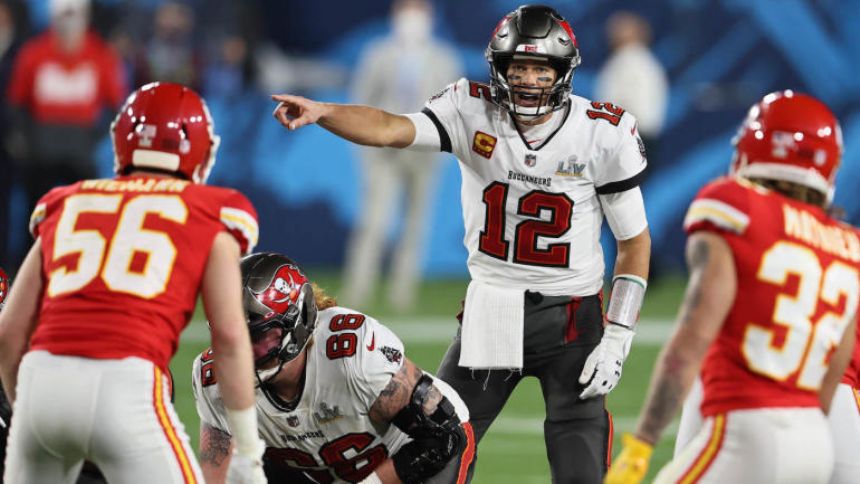 The 2022 NFL schedule will be released Thursday evening, but the league gave us a bit of an early surprise by making a Week 4 "Sunday Night Football" matchup official. On Sunday, Oct. 2 at 8:20 p.m. ET, Patrick Mahomes and the Kansas City Chiefs will face off against Tom Brady and the Tampa Bay Buccaneers.

The Chiefs played the Buccaneers in Tampa twice during the 2020 season, going 1-1. Their loss of course was the 31-9 Super Bowl LV beatdown that broke several records. Brady won his seventh Super Bowl and fifth Super Bowl MVP award, Brady and Rob Gronkowski made Super Bowl history for most postseason touchdowns as a duo, the Buccaneers became the first team in NFL history to score 30 or more points in four different playoff games in a single postseason and it marked the first time in Mahomes' career that the Chiefs did not score a single touchdown.'

This matchup was dominated by the Bucs defense, as Mahomes was sacked three times and pressured all game. He finished with 270 passing yards, two interceptions and a QBR of 42.2. The Chiefs had several injuries along the offensive line which ultimately led to the loss, and caused Kansas City to completely revamp the offensive front in the offseason.

Another interesting tidbit from this Super Bowl is that every Tampa Bay point was scored by a newcomer. Brady was of course in his first season with the Bucs, so were Antonio Brown and Gronk, who combined for three touchdown catches, and Leonard Fournette rushed for a touchdown. Even kicker Ryan Succop was new to the squad.'

While the rosters will look a bit different in 2022, this is an opportunity for Mahomes and Co. to get their revenge for what was a tough loss to swallow. '