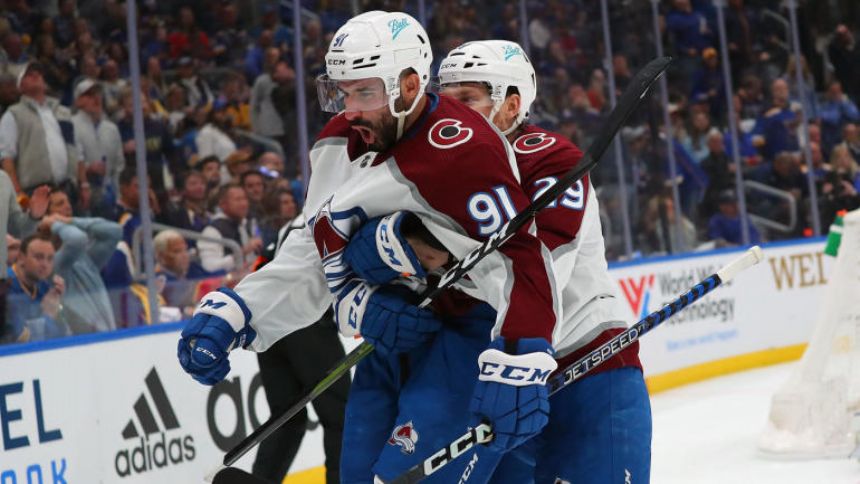 St. Louis Blues goalie Jordan Binnington was sensational in Game 2 of his team's second-round playoff series against the Colorado Avalanche, collecting 30 saves to hand the Avs their first loss this postseason. But Binnington suffered an injury that knocked him out of the game in the first period of Game 3, and Colorado took advantage of his absence with a 5-2 win.'

After racing to a one-goal lead less than four minutes into the game, the Binnington-less Blues allowed three straight goals over the first two periods. Blues center Ryan O'Reilly cut Colorado's lead to one with a goal at 19:30 of the second, but that was the extent of St. Louis' comeback. Colorado held the Blues scoreless in the third period and scored two empty-netters to grab a 2-1 series lead.'

Artturi Lehkonen led Colorado with two goals, including one of the empty-netters at 19:02 of the third period. Avs goalie Darcy Kuemper recorded 29 saves.

The Blues struck first at 3:55 of the first period, when defenseman Colton Parayko fired a slapshot with enough force for the puck to break Devon Toews' stick before soaring into the net.

The game flipped, however, when Blues defenseman Calle Rosen and Colorado center Nazem Kadri crashed into Binnington at 6:45 of the first period. Binnington attempted to remain in the game but couldn't, forcing Ville Husso'-- who started the Blues' first three playoff games -- to step in.'

Ville Husso is now in between the pipes for the @StLouisBlues after Jordan Binnington left with an injury on the play below. ??#StanleyCup | #stlblues pic.twitter.com/8oaGHdPHH2

Colorado immediately smelled blood in the water and their powerful offense exploded. Right wing Logan O'Connor tied the game with a goal at 10:57 of the first, and Kadri gave Colorado its first lead with another at 13:38 of the second. Lehkonen scored his first goal at 17:15 of the second to make it 3-1 Colorado.'

It was a rough game for Husso, who went 1-2 over the Blues' first three playoff games before the team inserted Binnington. Husso stopped only 19 of the 23 shots he faced.

Binnington's status for Game 4 is unknown, but his team surely needs him. The 28-year-old has been superb since he stepped into the lineup this postseason, coming into Saturday's game with a goals against average of 1.75 and a .948 save percentage.

After the game, Blues coach Craig Berube criticized Kadri for the play that knocked Binnington out.'

"Look at his reputation," Berube said. "That's all I have to say."'