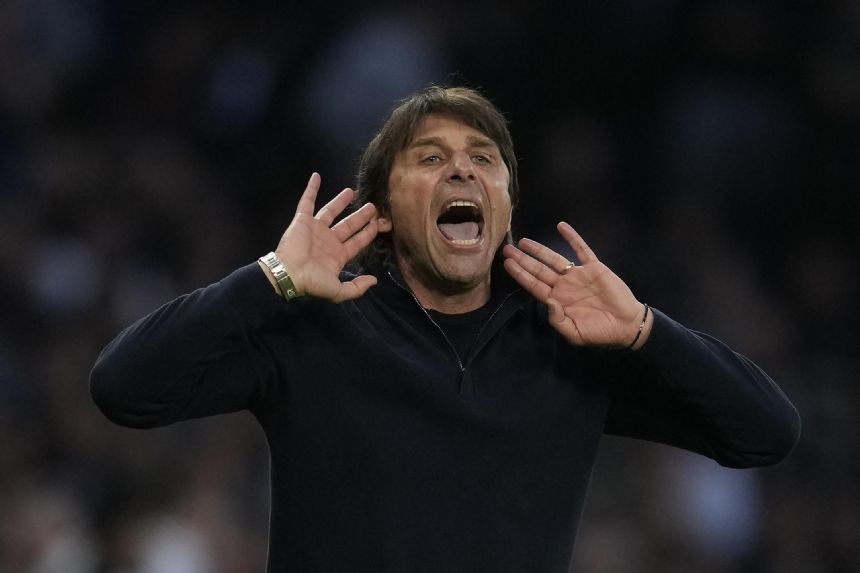 Manchester City and Liverpool have finished as England's top two teams in three of the last four years, the exception coming in the 2020-21 season when an injury crisis in defense saw Liverpool only seal a top-four spot on the final day.

It has created the highest-quality rivalry ever seen in English soccer, given the points totals the teams push each other to achieve every season.

The question now is who, if anyone, can break this City-Liverpool stranglehold in the Premier League?

The answer will likely be found among Chelsea, Tottenham, Arsenal and Manchester United, the other four teams making up the six English clubs who tried to become part of the now-defunct European Super League breakaway.

In their own ways, they have all been busy during the offseason: Chelsea has new ownership, United has another new manager, and Tottenham and Arsenal have been among the most active movers in the transfer market.

Here's a look at the prospects of the four title outsiders this season:

Chelsea became a major force in English soccer in Roman Abramovich's reign starting in 2003. Can that be maintained now that the Russian oligarch has been forced out?

The post-Abramovich era has gotten off to a busy start under Chelsea's new American ownership, which has a quirky feature - the guy who fronts the club leadership, Todd Boehly, installed himself not only as chairman but as interim sporting director in control of offseason transfer dealings.

There were fears his lack of soccer knowledge might undermine him but a couple of early player arrivals looked promising. England forward Raheem Sterling came from Manchester City in one of the league's standout transfers of the offseason and Senegal defender Kalidou Koulibaly joined from Napoli to fill the void at center back left by the departures of Antonio Rudiger and Andreas Christensen.

Further strengthening of the squad has proved difficult, however, and manager Thomas Tuchel said after a 4-0 loss to Arsenal in a July 24 friendly that he "cannot guarantee we will be ready" for the start of the season, adding there were still some players in the squad "trying to leave us."

Chelsea still looks a couple of center backs short and there are question marks about whether there are enough goals in the likely front line of Sterling, Kai Havertz and Mason Mount.

They've got one of the best managers in the world and, after something of an offseason spending spree, a deep and versatile squad. Maybe Antonio Conte's Tottenham could be the team to push into title contention?

With the front three of Harry Kane, Son Heung-min and Dejan Kulusevski linking up to great effect, Tottenham had almost as strong a finish to last season as City and Liverpool, winning 11 of its last 16 games. That included a victory at City - completing the home-and-away double over the eventual champions - and a draw at Anfield that ultimately cost Liverpool the title.

Conte, who took over in November and has quickly stamped his own style on the team with a 3-4-3 formation, demanded that he was backed in the transfer market. And he was.

Brazil forward Richarlison has arrived from Everton to provide options across the front three, Yves Bissouma has joined from Brighton to offer much-needed strength in depth in central midfield, and Djed Spence is a highly rated wing back who might have been the best player in the second-division Championship last season.

Arsenal's lack of squad depth was highlighted in the way the team faltered at the end of last season, dropping out of the Champions League qualifying positions and getting replaced in them by north London rival Tottenham.

Arsenal manager Mikel Arteta was eager to rectify that this offseason and he has turned to the club he left to come to London. Manchester City, where Arteta was assistant coach under Pep Guardiola from 2016-19, has sold both Gabriel Jesus and Oleksandr Zinchenko to Arsenal.

Crucially, both are versatile players, with Jesus able to operate on the wing or at center forward and Zinchenko a midfielder who mostly played at left back at City.

With Fabio Vieira, a young attacking midfielder, joining from Porto for potentially 40 million euros ($42 million) and 19-year-old Brazilian striker Marquinhos also arriving, Arsenal has spent about $150 million this offseason and has an even younger squad being nurtured by Arteta.

For that reason, a title bid looks highly unlikely but qualifying for the Champions League will be the target. And preseason results have been encouraging, with Jesus settling in quickly - scoring in a 4-0 win over Chelsea and a hat trick in a 6-0 victory over Sevilla.

A new manager in Erik ten Hag. An unsettled star in Cristiano Ronaldo. A bunch of new players with past or present links to the Dutch league in Lisandro Martinez, Christian Eriksen and Tyrell Malacia.

Who knows what to expect from United this season?

For sure, the fans will demand a finish higher than the sixth place of last season but that is not a certainty considering the competition in the league and the spending of United's rivals.

What happens to Ronaldo is the key. If he stays, will the 37-year-old striker bow to the demands of Ten Hag, or the other way around? He played 45 minutes in a 1-1 draw against Rayo Vallecano on Sunday, but questions remain. If he goes, does a likely front three of Marcus Rashford, Anthony Martial and Jadon Sancho have enough goals and staying power in a season that also includes an often-grueling Europa League campaign?

Eriksen will provide more creativity in midfield but United is still short of a top-class holding midfielder. There are also question marks about how quickly Martinez, a small, ball-playing center back who Ten Hag worked with at Ajax, fits in to English soccer.