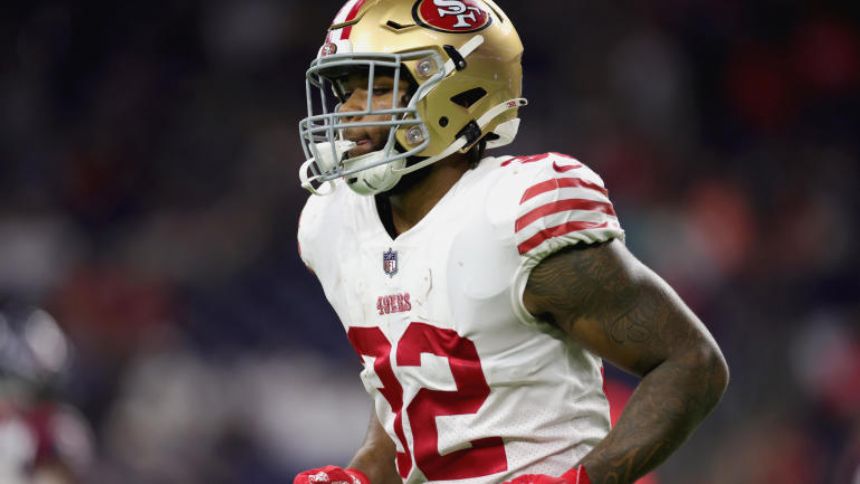 Trey Lance wasn't the only prominent 49ers player to suffer an ankle injury on Sunday. A day after the young quarterback was lost for the remainder of the 2022 season, San Francisco announced that running back Tyrion Davis-Price is battling a high-ankle sprain, according to The Athletic. The rookie third-rounder essentially split carries with Jeff Wilson Jr. in the 49ers' Week 2 win against the Seahawks, but he's slated to be sidelined at least a few weeks while recovering.

High-ankle sprains tend to require anywhere from three to six weeks of rehabilitation, but more severe sprains can limit participation for up to two months. Davis-Price's injury isn't the first to strike San Francisco's backfield, either. He and Wilson only saw elevated roles in Week 2 because No. 1 back Elijah Mitchell is on injured reserve due to an MCL sprain suffered in Week 1.

The rookie struggled to find space against Seattle on Sunday, totaling just 33 yards on 14 carries, but his heavy involvement, with nearly as many touches as Wilson, a fifth-year veteran, suggested he'd play a vital role in Kyle Shanahan's run game moving forward. The LSU product saw extensive work in the preseason, beating out 2021 third-rounder Trey Sermon for a reserve job.

With Davis-Price now out indefinitely, the 49ers figure to rely even more on Wilson as their lead ball-carrier. Undrafted rookie Jordan Mason, a Georgia Tech product who flashed this summer, is likely to see an uptick in action as the interim No. 2 back. Former Colts starter Marlon Mack, who spent most of the offseason with the Texans, is also available to San Francisco on the practice squad, eligible for three different one-week promotions to the active roster. Mitchell is not expected to be available until at least eight weeks into the season while rehabbing from his own injury.