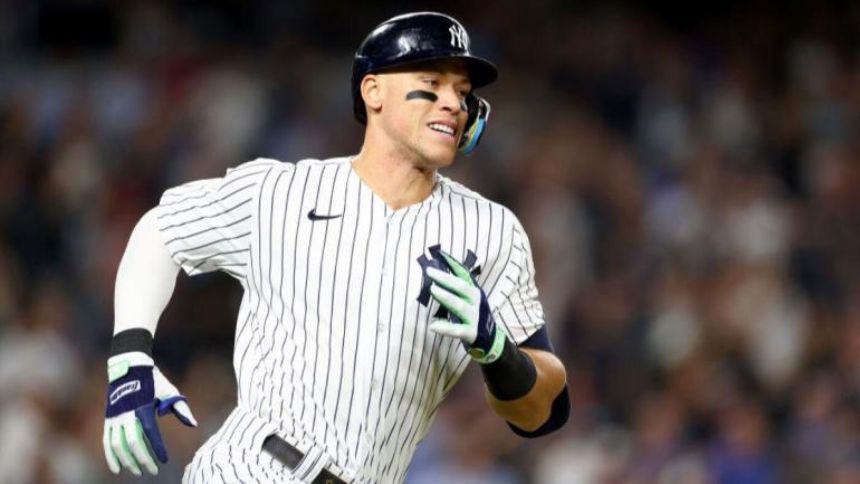 By any measure, New York Yankees slugger Aaron Judge is enjoying a historic 2022 season. , and thanks to a torrid September, Judge has now inserted himself into the batting title race. The prodigious power and lofty average give Judge a shot at the Triple Crown.

Over in the National League, , and only once in history has there been a Triple Crown winner in both leagues in the same season: Hall of Famers Jimmie Foxx (Athletics) and Chuck Klein (Phillies) did it in 1933. Judge and Goldschmidt have a chance, albeit a small one, to do it this year.

Here's what you need to know about Judge's Triple Crown chase as the regular season winds down.

As a massive human (listed at 6-feet-7 and 282 pounds) who hits a lot of home runs, Judge is often stereotyped as a lumbering all-or-nothing slugger. That is not the case. He is a gifted natural hitter who hit .287 last season and entered 2022 with a career .276 batting average in nearly 2,500 plate appearances. Despite his enormous strike zone, Judge hits for a solid average.

They say you can't predict baseball, but I can safely predict Judge will win the home run title this season. Not just in the AL either. In all of baseball. He holds a commanding lead. Here's the AL home run leaderboard through Sept. 21 (no plate appearance minimum to qualify):

The last player to lead baseball in home runs by as many as 14 was Jimmie Foxx in 1933. He hit 48 homers that season and Babe Ruth was a distant second with 34. Judge has a chance to do that (and then some) this year. He's going to win the home run title. The only question is by how much.

Judge is so much more than a home run hitter. He entered September with an incredible .363/.504/.780 batting line with runners in scoring position, so he can give you that single to the opposite field when that's all you need. Not everything goes over the wall. That said, homers drive up RBI totals. Here is the AL RBI leaderboard through Sept. 21 (no plate appearance minimum to qualify):

Ramirez is lurking in the RBI race, though Judge has a comfortable lead at the moment, and the home run title is in the bag. The Triple Crown chase will come down to whether Judge can reel in the batting title as well. That's the only category where significant work must still be done.