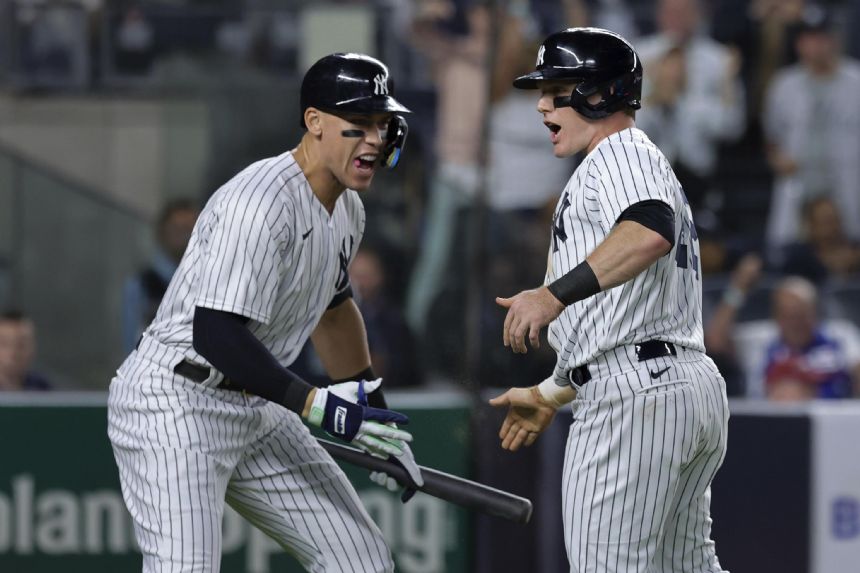 The New York Yankees slugger drove a 3-1 sinker from Pittsburgh's Wil Crowe 430 feet to the left field seats leading off the ninth inning. Judge's third home run in two games and ninth in September thrilled a screaming crowd at Yankee Stadium. He answered pleas for a curtain call despite New York's 8-5 deficit.

He equaled Ruth's total for the 1927 Yankees and has 15 games remaining to match and surpass Maris' total for New York in 1961.

Judge leads the major leagues with 128 RBIs and is among the AL batting leaders with a .316 average as he tries for the first Triple Crown since Detroit's Miguel Cabrera in 2012.

No. 60 ties The Sultan of Swat for 2nd all-time in American League history!@TheJudge44 ????? pic.twitter.com/DNwFXsJFMC

Ruth became the first major leaguer to hit 60 homers when he connected off Washington's Tom Zachary for a two-run drive to right in the eighth inning on Sept. 30, 1927, the next-to-last game of the season.

Roger Maris Jr. and Kevin Maris, sons of the former player, were both on hand.

Fans in the outfield seats stood when Judge came to the plate.