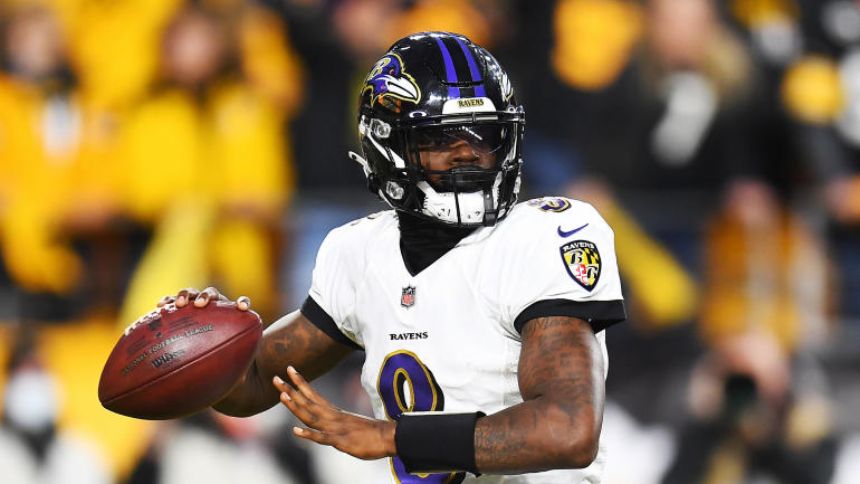 Second- through seventh-round draft picks are in a better position to get contract extensions after three NFL seasons than first-round picks. The fourth year isn't a contract year for first-rounders like with the other draft choices because teams have an option for a fifth year with first-round picks.'

As a consequence only a couple of first-round picks each year sign new deals before the start of their fourth season. This held true for the 2018 first round. Bills quarterback Josh Allen, Raiders left tackle Kolton Miller and Lions center Frank Ragnow were the only ones to sign extension after playing three seasons.

Signings of first-round picks from 2018 have already resumed this year. The Packers and Browns put Jaire Alexander and Denzel Ward in the elusive $20 million-per-year cornerback club with respective four- and five-year extensions. The Steelers recently made Minkah Fitzpatrick the league's highest-paid safety.

There will be more 2018 first-round picks to sign new deals before the regular season starts in September. The season opener for most NFL teams is on Sept. 11. The most logical candidates are below.

Jackson participated in last week's mandatory minicamp after skipping Baltimore's other offseason workouts. He is one of the few NFL players who has operated his entire career without an agent. Jackson indicated he spoke to Ravens general manager Eric DeCosta about his contract during minicamp. Whether Jackson had substantive contract discussions is unknown. He hasn't taken a training camp holdout off the table, which many suspect is just a negotiating ploy.

Jackson would be justified in insisting on a fully guaranteed contract comparable to Deshaun Watson's. The Browns gave Watson a fully guaranteed, five-year, $230 million contract in connection with his trade from the Browns to the Texans. The deal shocked the NFL community because of the sexual assault and misconduct allegations Watson is still facing and he had four years worth $136 million remaining on the four-year extension, averaging $39 million per year, he signed in September 2020. '

Jackson is more accomplished than Watson. He established a new single-season quarterback rushing record with 1,206 yards on the ground and led the NFL with 36 touchdown passes in 2019 when he was league MVP. Watson has never been an All-Pro, let alone NFL MVP. There also aren't any concerns about Jackson's off-the-field behavior.

Jackson is the greatest dual-threat quarterback in NFL history. He was the first player to have at least 3,000 passing yards and 1,000 rushing yards in the same season when he won MVP.'

A franchise tag in 2023 is a certainty if Jackson plays this season on his $23.016 million fifth-year option. The exclusive franchise designation is most likely because Jackson would be prohibited from soliciting an offer sheet from other teams.

The non-exclusive version would allow Jackson to negotiate with other NFL teams. The Ravens would be vulnerable to an offer sheet by a quarterback-needy team with an abundance of salary cap room that might be difficult to match. If an offer sheet isn't matched, two first-round picks are the compensation from the signing team.

Going year to year by playing the franchise tag game may be more appealing to Jackson than the Ravens. The 2023 quarterback exclusive franchise number will be the average of the top five 2023 quarterback salaries (salary cap numbers with some minor adjustments) at the end of next year's restricted free agent signing period on April 21. It currently projects to $45.648 million. This number is subject to change depending on new quarterback deals, contract restructures, pay cuts and/or releases between now and then.

Jackson would be positioned to test the open market in 2025 after making a little more than $100 million on two franchise tags. If things get to this point, Jackson's expectation that he'll play his entire career in Baltimore could go out the window.

Nelson's streak of three straight All-Pro selections was snapped in 2021 as he dealt with back issues and an ankle injury. He has made the Pro Bowl in each of his four NFL seasons.

Nelson isn't focused on his contract. Odds are he's going to become the NFL's highest-paid interior offensive lineman at some point before the regular season begins, which would render his $13.754 million fifth-year option moot. That distinction belongs to Brandon Scherff, who signed a three-year, $49.5 million deal, averaging $16.5 million per year and worth as much as $52.5 million through incentives, with the Jaguars in this year's free agency.

Nelson probably has his sights set a lot higher than Scherff's deal. He is clearly Indianapolis' best offensive lineman, if not the team's best non-quarterback. In order to become the Colts' highest-paid non-quarterback, Nelson would have to sign a contract averaging more than the $19.7 million per year linebacker Darius Leonard, also a three-time All-Pro, got last preseason. Leonard signed a five-year, $98.5 million extension, with $52.5 million of guarantees where $33 million was fully guaranteed at signing.

The Chargers and James have reportedly started preliminary discussions about a long-term deal. James should be pleased with the latest developments in the safety market. Fitzpatrick's market-setting, four-year extension from the Steelers averages $18.247 million per year and contains $36 million fully guaranteed.

There are durability concerns with James, which don't exist with Fitzpatrick. James didn't miss a beat in 2021 after injuries limited him to five games over the previous two seasons. He regained the form that made him a Pro Bowler and All-Pro as a rookie.'

James is currently rehabbing from offseason left shoulder surgery. He is expected to be ready for the start of training camp. If an agreement can't be reached, James will play on his $9.052 million fifth-year option.'

New general manager Ryan Poles has publicly stated his intention to sign Smith to an extension. The Leonard deal is surely an important data point to Smith. He and Leonard are the only two players with at least 500 tackles, 10 sacks and five interceptions since 2018. Smith also leads off-ball linebackers over the last two seasons with 30 tackles for loss.

Playing this season under a $9.735 million option year salary likely means Smith is headed to free agency in 2023. An off-ball linebacker hasn't been designated as a franchise player since David Harris by the Jets in 2011.

There were reports of Payne, who is scheduled to play under an $8.529 million fifth-year option, sitting out portions of a couple of days of organized team activities because of his contract. Wide receiver Terry McLaurin is Washington's top signing priority. The Commanders used first-round picks on defensive linemen in 2017, 2018, 2019 and 2020. All four players won't get extensions from the Commanders. Payne's fate in Washington may have been sealed when his fellow interior defensive lineman Jonathan Allen, a 2017 first-round pick, signed a four-year extension, averaging $18 million per year, at the start of training camp last year.