Alonso drives in 4 runs, Mets hold on to beat Phillies 8-6 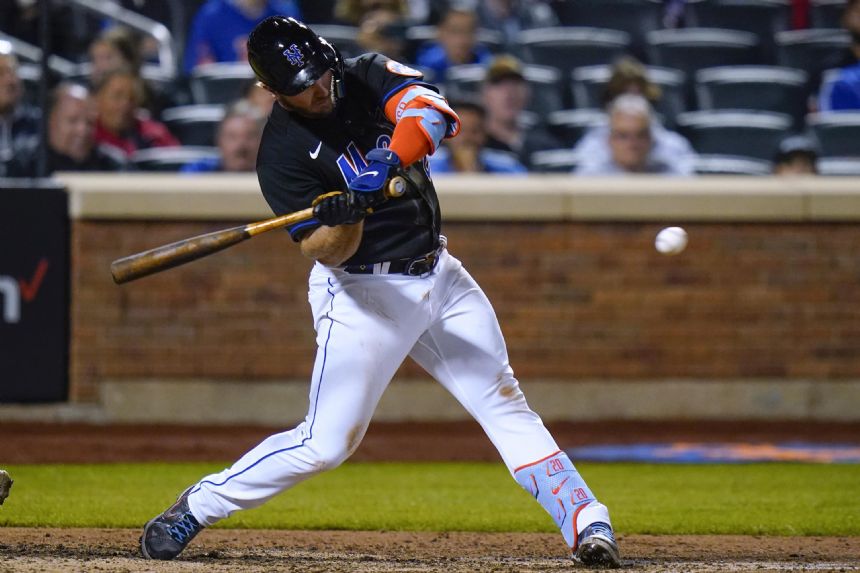 Down 7-0 to Carlos Carrasco (5-1), the Phillies made it close by scoring six times in the sixth inning, capped by Garrett Stubbs' three-run homer.

Mets relievers Drew Smith, Joely Rodriguez, Seth Lugo and Edwin Diaz held on, helping the NL East leaders beat Philadelphia for the seventh time in 10 games this season. Diaz got his 11th save in 14 chances.

Alonso had a sacrifice fly in a three-run first, a two-run homer - his 12th - in the third and an RBI double in the fourth.

Francisco Lindor scored three runs for the Mets, and Starling Marte (RBI) had two hits and scored twice. They each stole a base.

Gleyber Torres put the Yankees ahead with a homer in the fourth off Jeffrey Springs (2-2) and Matt Carpenter, in his second game with New York, homered later in the inning.

New York opened a 6 1/2-game lead over the Rays by winning the first two games of the four-game series.

Taillon (5-1) improved to 5-0 with a 2.20 ERA in his last seven starts, striking out five and walking none. Clay Holmes earned his sixth save in six chances.

ATLANTA (AP) - Ozzie Albies' bloop double in the seventh inning drove in two runs and Atlanta recovered after squandering an early three-run lead in a win over Miami.

Miami led 4-3 before Ronald Acuna Jr. tied the game with a pinch-hit double off Anthony Bass (1-2). Matt Olson scored from first on the double.

Jackson Stephens (1-1) had two strikeouts and allowed no hits in two scoreless innings behind Ian Anderson. Kenley Jansen earned his 11th save.