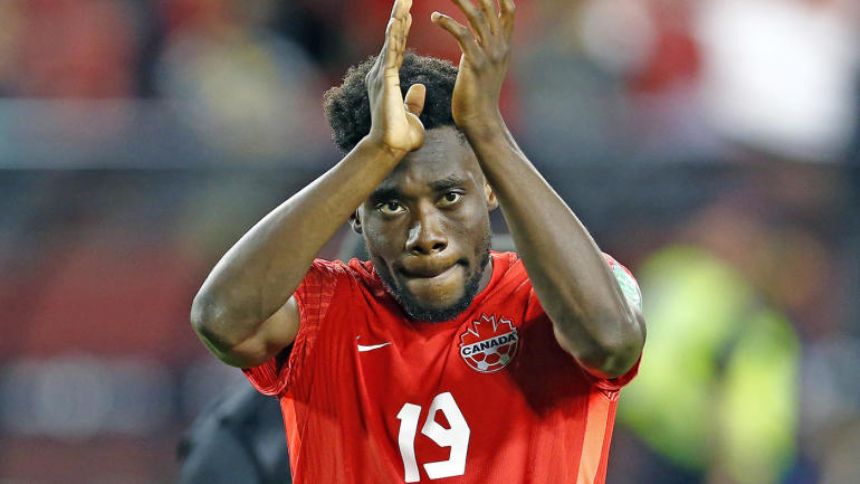 Alphonso Davies has been in the middle of another stellar season for Bayern Munich but things are now on pause with club and country due to his recovery from COVID-19. Davies was diagnosed with mild myocarditis, an inflammation of the heart, upon a follow-up examination from the club after his return from isolation.

The Canadian soccer federation confirmed the diagnosis on Friday and ruled their star left back out for their upcoming triple-fixture of Concacaf World Cup qualifiers against Honduras (Jan. 27), United States (Jan. 30) and El Salvador (Feb. 2) -- all streaming onParamount+. Not having Davies is quite the blow for a Canada side that sits atop the Octagonal. John Herdman will now need to rely even more on the hot form of Jonathan David for these qualifiers.

Davies, along with five others from Bayern, originally tested positive on Jan. 5 and was forced to isolate before. He returned to his first team training on Wednesday before diagnosis was the discovered. Davies is not expected to be available for training during the next few weeks as he works his way back.

"This myocarditis isn't too dramatic based on the ultrasound, but more simply signs of an inflammation," Bayern manager Julian Nagelsmann said. "Nevertheless, it needs to heal and that will no doubt take some time."

Nagelsmann is expected to be short-handed against Koln on Saturday, as he told reporters that none of the others who needed to isolate with Davies "100% fit."

"One or two had symptoms as well," Nagelsmann said. "Upamecano, Tanguy, Leroy, Omar, and Manu are back in the squad, but apart from Manu, none of them are ready to start or play a reasonable amount of minutes."

Marcel Sabitzer deputized at left back in Davies' absence when Bayern lost to Borussia Monchengladbach on Jan. 7 and could be in line to play there again at Koln.