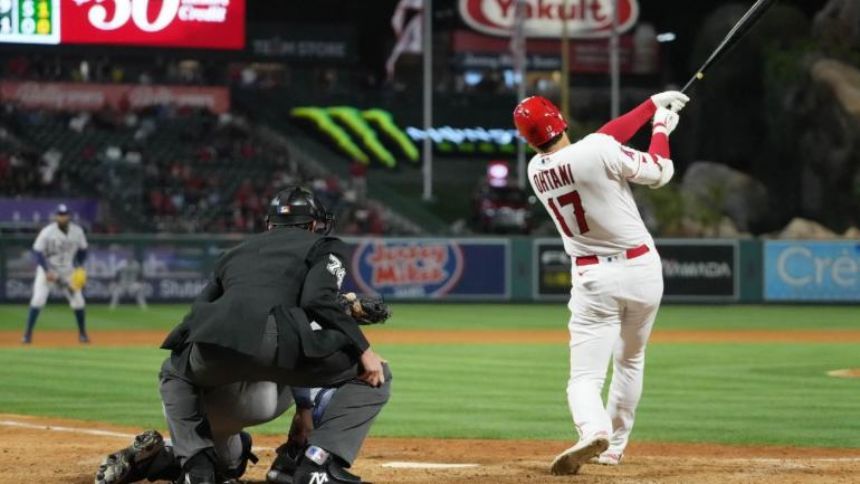 Two-way phenom Shohei Ohtani recorded his first grand slam in either his Major League Baseball or Nippon Professional Baseball career and his second multi-homer game of the season on Monday night against the Tampa Bay Rays as the Los Angeles Angels notched their fifth win in their past six tries by an 11-3 final (box score).'

Ohtani's first home run on Monday night came as part of a back-to-back effort with Mike Trout in the sixth inning. Trout and Ohtani's solo home runs combined to give the Angels a 6-1 lead. Ohtani's second home run, the grand slam, put the Angels up by what proved to be an insurmountable 11-3 margin.

Ohtani's two home runs and five runs batted in were just part of an Angels' offensive outburst. The aforementioned Trout drove in three himself, and so did Jared Walsh, who provided the Angels with a three-run home run to put them ahead early.

The Angels are now 20-11 on the season. They entered the night with a half-game lead over the Houston Astros, who were off on Monday. As a result, the Angels will come into Tuesday's game up by a full game. The Angels will continue their three-game series versus the Rays. The Astros, for their part, will begin a three-game set with the Minnesota Twins.

By the way, Ohtani is scheduled to start Wednesday's game on the mound. He's set to face off against Tampa Bay's promising young left-hander Shane McClanahan in what should be a fun pitching matchup.