Ansu Fati back with Spain for Nations League games 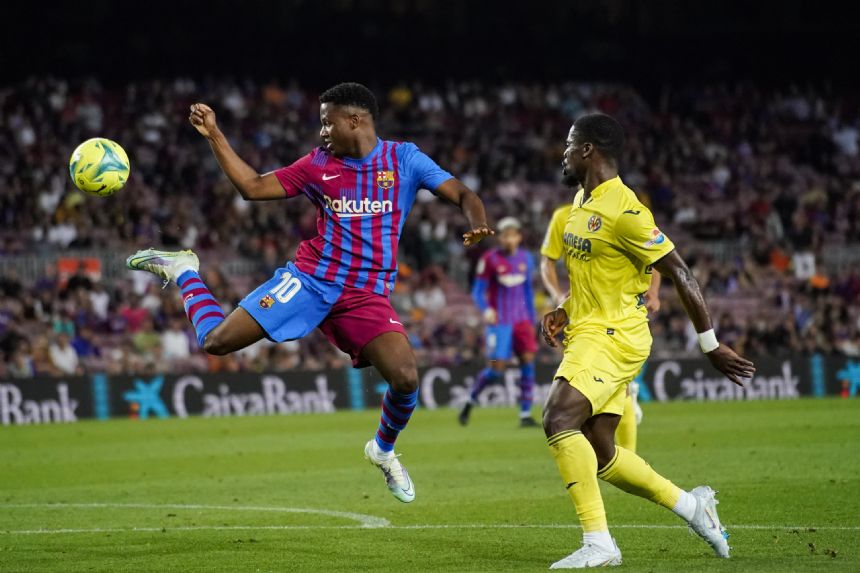 MADRID (AP) - Teenager Ansu Fati was called up for Spain's national team again on Monday after a long injury layoff.

Fati hasn't played with Spain since a Nations League game against Ukraine in October 2020. He was marred by knee and muscle injuries and only recently returned to the Barcelona squad. He scored one goal in five Spanish league appearances in May, all coming off the bench.

"Ansu Fati is a special case. We are not going to take any risks with him," Luis Enrique said. "His hasn't played much recently. We want to see him practice and see him regain his confidence. He is a very important player and we want him to be playing at his best level again."

Born in in Guinea-Bissau, Fati was touted as one of Spain's most promising players but he struggled to live up to expectations because of injuries. He was set to make Spain's European Championship squad in 2020 but eventually was left out after the competition was delayed because of the pandemic and took place while he was still recovering from one of his injuries.

Also back in the national team was Real Madrid forward Marco Asensio, who last played with Spain in the team's 6-0 rout of Germany in the Nations League in November 2020.

"It's true that he doesn't play often with his club, but what is important is what he does here with us," Luis Enrique said.

Another teenager included again in the squad was 17-year-old Barcelona midfielder Gavi Paez. Liverpool midfielder Thiago Alcantara returned after not being in the squad since last year's Euro 2020, and Sergio Busquets was back after missing the last call-up because of an injury.

Thiago got injured in Liverpool's final Premier League match on Sunday but Luis Enrique said it didn't appear the injury was serious.

Some players who missed a chance to make it to the list because of injuries included Pedri Gonzalez, Yeremy Pino, Gerard Moreno and Mikel Oyarzabal.

Defender Jose Luis Gayŕ, a regular with Luis Enrique, was left out, as was goalkeeper David de Gea, who had already been losing space in the national team.

Its first match in Group 2 this year will be in Seville on June 2 against Portugal, the inaugural Nations League champion in 2019.

The national team's preparation will begin on May 30 in Madrid.