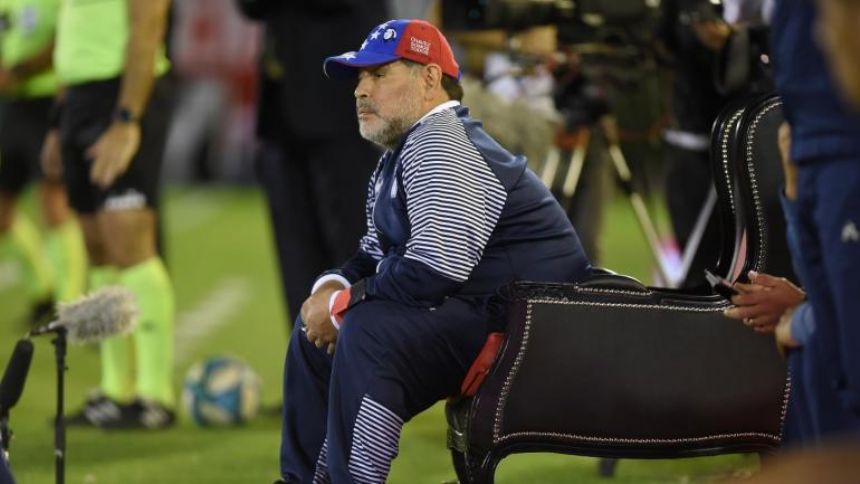 Eight people who attended to the medical care of Argentinian soccer legend Diego Maradona will be tried in the nation's courts for homicide as the result of an investigation into his death from cardiac arrest in November of 2020. According to a report by Reuters, the judge in charge of each case questioned "the behaviors -- active or by omission -- of each of the accused which led to and contributed to the realization of the harmful result."

Maradona, who had battled drug and alcohol abuse in the later years of his life, died of heart failure in 2020 two weeks after undergoing brain surgery. The medical professionals in charge of Maradona's care were formally accused last May of not looking after him properly, with a medical board stating that the soccer great showed "unequivocal signs of a prolonged agonizing period." There were also claims that Maradona became seriously unwell and was dying for approximately 12 hours before his eventual passing.

Prosecutors launched investigations into Maradona's death shortly afterwards, ordering searches of the property that belonged to his doctor as well as others involved in his care.

"As soon as I saw the cause, I said it was homicide," said Mario Baudry, an attorney for one of Maradona's sons. "I fought for a long time and here we are, with this stage completed."

The defendants involved in the case have denied being responsible for Maradona's death, with some of their lawyers requesting that the case be dismissed. An attorney for Cosachov, for instance, announced he would appeal the decision with the argument that the psychiatrist's area of care had no relation to Maradona's cause of death.

According to Argentina's penal code, a simple homicide conviction usually entails a prison sentence between eight to 25 years. A trial date has not yet been set.