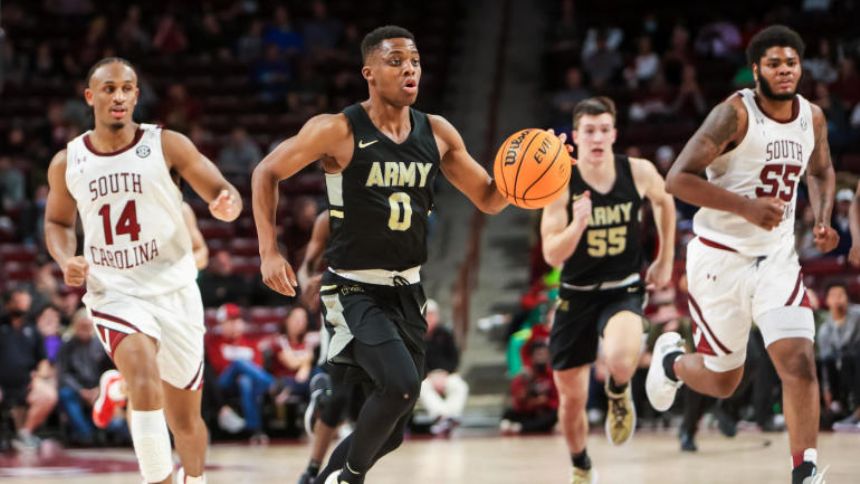 The Army Black Knights will look to get back to their winning ways when they battle the Boston University Terriers in a Patriot League showdown on Thursday night. The Black Knights (9-7, 3-1), who are 6-1 on their home floor, are coming off a 76-57 loss at Colgate on Monday. The Terriers (11-6, 2-2), who are 4-4 on the road, snapped a two-game losing streak on Monday with a 79-53 win at American. The teams have split the last 10 meetings between them including all four in 2020-2021.

Tipoff from Christl Arena in West Point, N.Y., is set for 6 p.m. ET. Boston University leads the all-time series 20-14, including a 10-9 edge in road games. The Terriers are 2.5-point favorites in the latest Boston University vs. Army odds from Caesars Sportsbook, while the over-under for total points scored is set at 140.5. Before locking in any Army vs. Boston University picks, be sure to see the college basketball predictions and betting advice from SportsLine's proven model.

Now, the model has set its sights on Army vs. Boston University, and just locked in its picks and predictions. You can visit SportsLine now to see the model's picks. Now, here are several college basketball odds and betting lines for Boston University vs. Army:

The Black Knights are powered by sophomore guard Jalen Rucker, who has reached double-digit scoring in four of his last five games, including three during that stretch with 21 points or more. His season high is 29 points in an 86-79 win over Hartford on Nov. 13. He has scored 20 or more points in five games and in double figures in 12. Rucker is averaging 15.5 points, 4.5 rebounds, 2.8 assists and one steal per game.

Also averaging in double-figure scoring is senior guard Josh Caldwell, who scored 16 points and dished out six assists in Monday's loss at Colgate. For the year, he is averaging 12.9 points, 4.8 rebounds, 2.9 assists and 1.8 steals. Caldwell has reached double-figure scoring in 11 games, including a season-high 24 points against Hartford. In his four years with the Black Knights, Caldwell has played in 94 games, making 65 starts. For his career, he is averaging 8.2 points, 4.1 rebounds and 1.7 assists.

Three Terriers are averaging double-figure scoring, led by graduate student guard Javante McCoy, who poured in 25 points in Monday's win at American. McCoy has reached double digits in all 17 games this season, which included a season-high 27 points against Binghamton on Dec. 4. He has reached 20 or more points four times and is deadly from the field, hitting on 51.4 percent of his field goals, including 48.6 percent from beyond the arc. For the season, McCoy averages 17.2 points, 3.5 rebounds, 2.5 assists and 1.1 steals in 34.1 minutes per game.

Graduate student forward Sukhmail Mathon is also a big part of the offense. He is coming off a double-double performance at American with 19 points and 10 rebounds, his seventh double-double of the season and 12th of his career. For the year, he is averaging 14.4 points, 9.7 rebounds and two assists per game. He is connecting on 50 percent of his field goals and 78.4 percent from the free throw line. He leads the Patriot League in rebounds with 159 and is just 23 shy of reaching 700 for his career.

The model is leaning under on the total, predicting 138 combined points. It also says one side of the spread hits over 50 percent of the time. You can only get the model's pick at SportsLine.