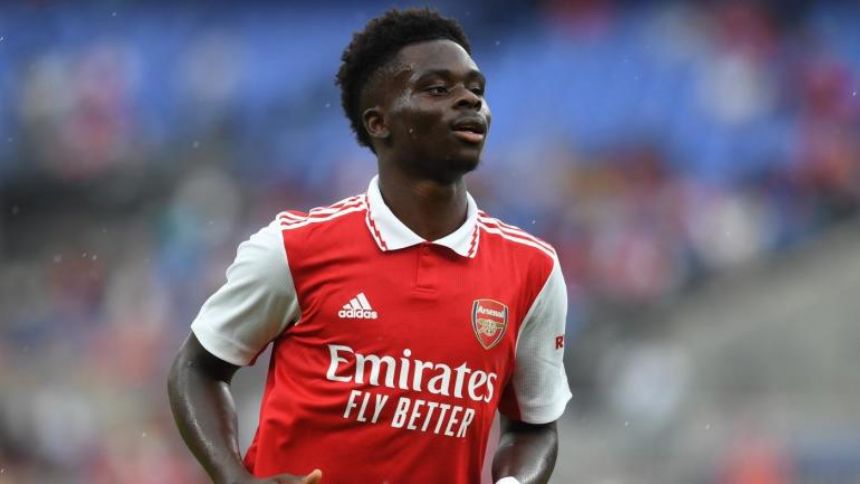 The 2022-23 Premier League season kicks off on Friday when hosts in a London derby at Selhurst Park in South London. The Gunners are coming off a season in which they narrowly missed out on a spot in the Champions League, finishing fifth in the Premier League table, with 69 points. Meanwhile Palace was 12th in the table last season in first season as a Premier League manager, a slight improvement over the previous season (14th).'

Kickoff is 3 p.m ET. Arsenal is the -121 favorite (risk $121 to win $100) in its latest Arsenal vs. Crystal Palace odds from Caesars Sportsbook, with Crystal Palace the +340 underdog. A draw is priced at +270. The over-under for total goals scored is 2.5. Before you lock in your Crystal Palace vs. Arsenal picks or Premier League predictions, you need to see what proven soccer insider Martin Green has to say.

Now, Green has broken down Arsenal vs. Crystal Palace from every angle and just revealed his picks and predictions. You can head to SportsLine now to see Green's picks. Here are the betting lines and trends for Crystal Palace vs. Arsenal:

Why you should back Arsenal

The Gunners upgraded the roster during the transfer window. Arsenal added , who can play left-back or midfield, and striker from . The club also snapped up 22-year-old playmaker from , giving the Gunners an overflow of attacking talent.

In addition, Mikel Arteta's men have been in midseason form in the preseason. Arsenal went a perfect 5-0 in the preseason, outscoring its opponents, 20-4. That includes a 4-0 victory against and a 6-0 win over in the Emirates Cup.

Why you should back Crystal Palace

The Eagles have had success recently against Arsenal. On April 4 at Selhurst Park, Palace scored a decisive 3-0 victory over the Gunners in a match that Arsenal badly needed in its chase for a top-four finish. And earlier in the season, at Emirates Stadium, the Eagles managed a 2-2 draw against Arsenal.

In addition, Palace is set to face an Arsenal side that might be without key players because of injury. , and reportedly are doubtful for the Gunners because of various injuries. It was an injury to Tierney that helped contribute to Arsenal's collapse late last season.

How to make picks for Arsenal vs. Crystal Palace

Green has broken down this matchup, and while he is leaning over on the goal total, he has also locked in a pair of best bets. You can head to SportsLine now to see his full analysis and top picks.

So who wins Arsenal vs. Crystal Palace? And where does all the betting value lie? Visit SportsLine now to find out which wagers in Crystal Palace vs. Arsenal have all the value, all from the soccer expert who has generated almost $35,000 for $100 bettors since the 2017-18 season, and find out.