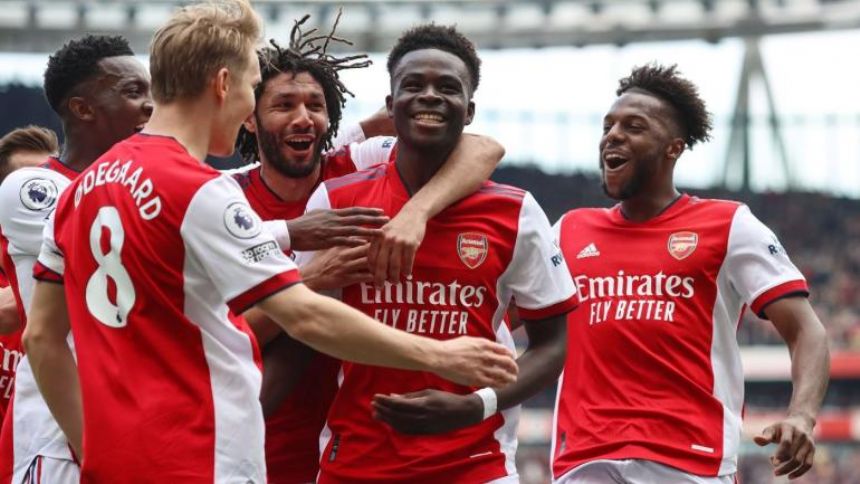 It's a tough spot for Arsenal as after their loss to Newcastle, as they don't control their destiny. Mikel Arteta wants to deliver Champions League soccer to the Emirates but he'll need Tottenham to lose to Norwich City while Arsenal have to take down Everton on Sunday, which is the final day of the season.. After Everton secured Premier League safety, there is a chance that the Toffees could take their feet off the gas, but it could also see them put in a good performance now that the weight of a relegation battle is off of their shoulders.

Arsenal won't want to end the season by losing three straight matches, but it would be truly ending the season on a high note for Everton if they can pull off the away victory and spoil the Gunners' day.

Arsenal:'Rob Holding will return from his suspension after being dismissed from the North London Derby, but with Gabriel and Ben White fit, he may have to settle for a place on the bench. Long term absentees Thomas Partey and Kieran Tierney won't be ready but Takehiro Tomiyasu will join them on the sidelines after just returning from injury himself. Tomiyasu's thigh injury being an odd muscular issue will ensure that Arteta takes things slow with him.

Tomiyasu's injury will push Cedric back into the starting lineup creating space for Everton to exploit as Nuno Tavares and Cedric Sores have been shaky during their appearances this year.

Everton:'Frank Lampard has a growing list of absentees and with nothing official to play for except Premier League bonuses, it will be interesting to see who he decides to risk in the match. Jarrad Branthwaite will return from his suspension while Yerry Mina could also make the match. Richarlison is dealing with a thigh injury but considering his mentality, if he can walk he will play. Salomon Rondon won't be available after his suspension while long term absentees Fabian Delph, Andros Townsend, and Nathan Patterson won't feature on the final day of the season.

Arsenal will break their losing streak but it won't be enough as the Gunners will have to settle for a place in next season's Europa League.'Pick: Arsenal 2, Everton 1