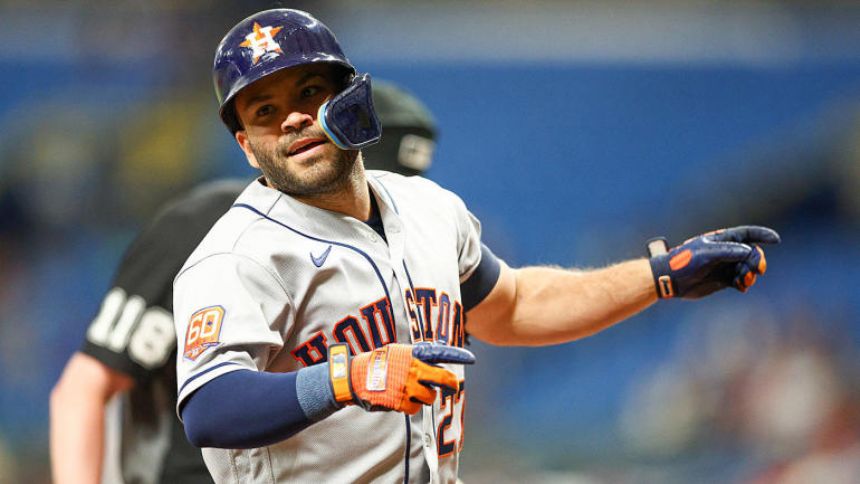 The Houston Astros'beat the Tampa Bay Rays, 4-0, on Monday night, as starting pitcher Luis Garcia and rookie Hunter Brown teamed up to shut down the Rays. Jose Altuve provided the offense, going 2 for 4 with a home run.'

With the win, the Astros have clinched the American League West championship. Again. This is the fifth time the Astros have won the AL West in the past six seasons. The only time they didn't was the 60-game sprint in 2020, so the Astros have actually won the past five full-season AL West titles.'

The Astros didn't even join the AL West until the 2013 season, meaning they've won five titles in the division over 10 years.'

This Astros group features a fearsome lineup, as we've grown accustomed to seeing, with Yordan Alvarez, Altuve, Alex Bregman and Kyle Tucker leading the way. Cy Young candidate Justin Verlander and All-Star Framber Valdez have led the rotation, but perhaps the best feature of the team has been the starting pitching depth. Lance McCullers was injured in the playoffs last year and has only made six starts since his return. The front office felt comfortable enough with the depth to trade Jake Odorizzi in front of the deadline and they were recently using a six-man rotation despite Verlander being on the injured list. Take note of Brown piggybacking Garcia with three strong innings of relief on Monday night.'

The organization's ability to continue to develop high-end players has never been more evident, as they continue to win after high-profile departures. In the recent past it was George Springer and Gerrit Cole, and this past offseason it was Carlos Correa.'

The Astros will celebrate the division title, as well they should, but then it'll be back to work. After losing the World Series last season, they likely view their quest this time around as unfinished business. There are plenty of current players who weren't on the 2017 championship team and manager Dusty Baker still doesn't have that elusive World Series ring as a manager.'