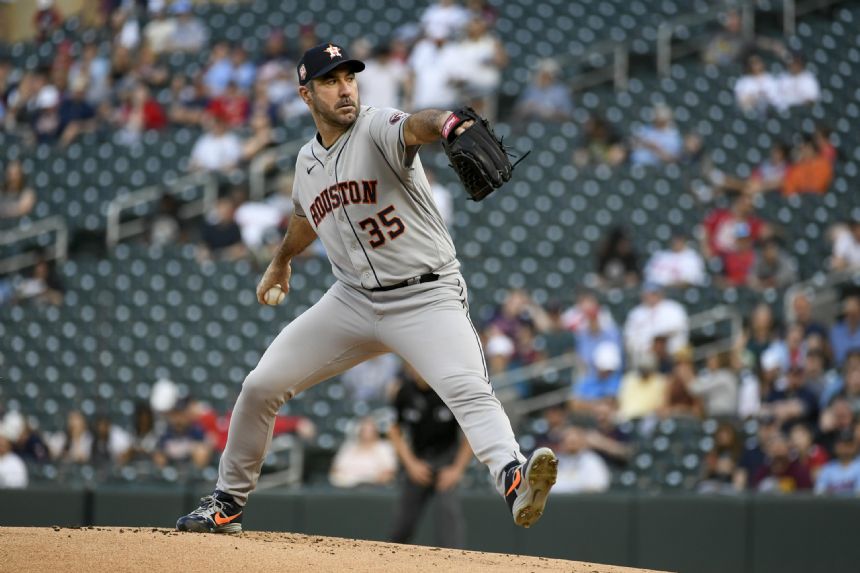 MINNEAPOLIS (AP) - Justin Verlander has pitched six hitless innings on 66 pitches for the Houston Astros against the Minnesota Twins.

The 39-year-old right-hander was perfect through four innings Tuesday night before allowing a leadoff walk to Jorge Polanco in the fifth. Verlander got Gio Urshela to tap into a double play one pitch later to retire Polanco.

He also issued a two-out walk to No. 9 hitter Gilberto Celestino in the sixth inning.

Verlander has thrown three no-hitters in his decorated career, with his last coming in 2019 with the Astros against Toronto. He also threw two with the Detroit Tigers.

The two-time Cy Young Award winner entered Tuesday with a 3-1 record and 1.93 ERA through five starts this year after missing all of the 2021 season and nearly all of 2020 due to Tommy John surgery.

His best start of the year prior to Tuesday came on April 16, when he threw eight scoreless innings and allowed just three hits against Seattle.