Atalanta vs. Salernitana odds, picks, how to watch, live stream: May 2, 2022 Italian Serie A predictions 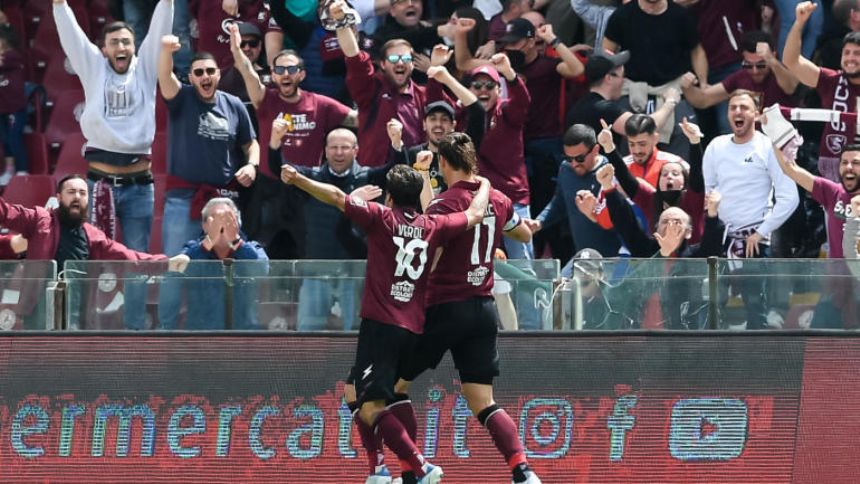 Attention might be drawn to the championship race atop the Italian Serie A table heading into the final month of the season, but there are compelling battles up and down the standings. On Monday, eighth-place will take on 18th-place and both clubs have plenty to fight for. Atalanta is only one point out of a European qualifying position and has the goal-differential advantage over its primary competition, while Salernitana is three points behind to climb out of the relegation zone and has two games in hand. You can see what happens when youstream the action on Paramount+.

Kickoff from Gewiss Stadium in Bergamo, Italy, is set for 2:45 p.m. ET. The latest Atalanta vs. Salernitana odds from Caesars Sportsbook list Atalanta as the -380 (risk $380 to win $100) on the 90-minute money line, with Salernitana the +1100 underdog. A draw is priced at +460 and the over-under for total goals scored is 3.5. Monday's match will bestreamed live on Paramount+ with their must-have Premium plan.

Paramount+now has two levels of membership so you can watch the hottest soccer matchups worldwide and much more. The Premium Plan is $9.99 per month and you can watch your local AP live stream, including plenty of sports like the Champions League, Italian Serie A, and the PGA Tour, with no ads, on demand and the ability to download episodes for offline viewing. Plus, watch the highly-anticipated series Halo, Picard, 1883, and more. Both plans come with a free week to start, so sign up now here.

Before you tune in to Wednesday's match, you need to see the Italian Serie A picks from soccer insider Brandt Sutton. Sutton, a former collegiate soccer player, has been SportsLine's top soccer editor for nearly five years. He has followed soccer closely for much longer and factors in managerial tactics, projected lineups and past performances to make the most informed decisions possible, keeping his finger on the pulse of the game all over the globe.

For Atalanta vs. Salernitana, Sutton is backing Salernitana +1.5 for a -105 payout. Just over three weeks ago, Salernitana looked hopelessly buried in the relegation zone, but a sudden surge has made staying up a very real possibility. The team has beaten , and in its last three matches and is now just three points behind Cagliari with two games in hand.

Salernitana has scored all five of its goals during its three-match winning streak in the first 10 minutes of regulation or the last 15 minutes. Expect for Salernitana to look for its chances early against an Atalanta defense that has conceded 15 times in its last seven matches across all competitions and plays tough during the middle portion of the game with a point likely aiding its efforts to avoid relegation.

Now that you know what to pick, get ready to watch Italian Serie A.Visit Paramount+ now to see Italian Serie A, your live local AP sporting events, some of the world's top soccer matchups and much more.