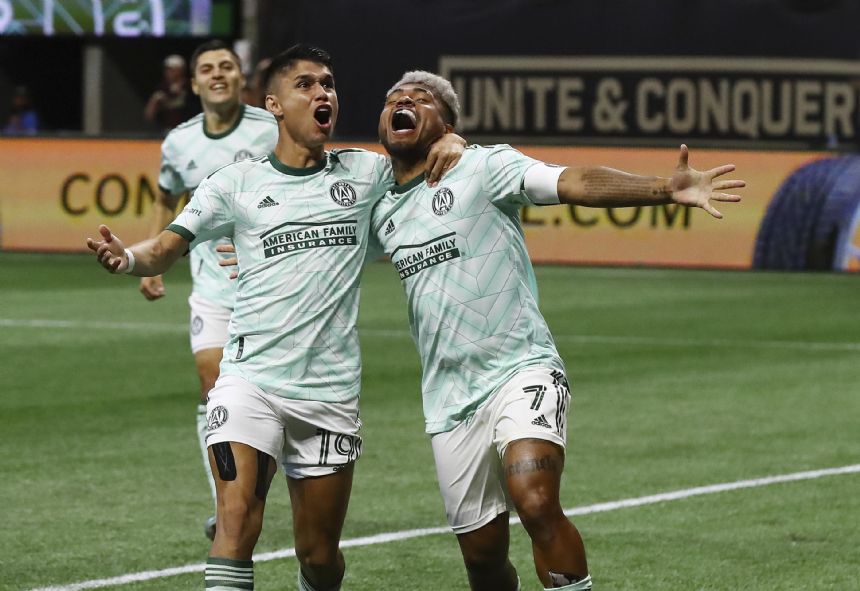 The team announced Tuesday it had signed defender Juan Jose Purata on loan from Tigres UANL for the remainder of the 2022 season. A day earlier, it acquired goalkeeper Raul Gudino of Chivas Guadalajara.

Both will be available to join Atlanta United when the MLS secondary transfer window opens July 7.

The 24-year-old Purata bolster's Atlanta's depth at centerback and, at 6-foot-2, could help defend against set pieces that have troubled the team this season. The team lost star defender Miles Robinson for the rest of the season with a ruptured Achilles.

Purata's contract was acquired on loan, which has an option to extend to 2023 and a purchase option. Technical director Carlos Bocanegra described the newest addition as "a talented centerback with an extremely high ceiling."

"Given our current situation, we felt the need to bring in another central defender," Bocanegra added.

The 26-year-old Gudino gives United another option in goal after the loss of captain Brad Guzan, also to a season-ending Achilles injury. Veteran Bobby Shuttleworth took over the No. 1 job after Guzan went down, but Rocco Rios Novo got his first MLS start this past Sunday in a 2-0 win over Miami.

Atlanta now has a goalkeeper with 164 professional appearances, plus five appearances for the Mexican national team. A free agent, the 6-foot-5 Gudino was acquired on loan with an option to extend after the 2022 season.

"He's a goalkeeper with experience in big environments," Bocanegra said.