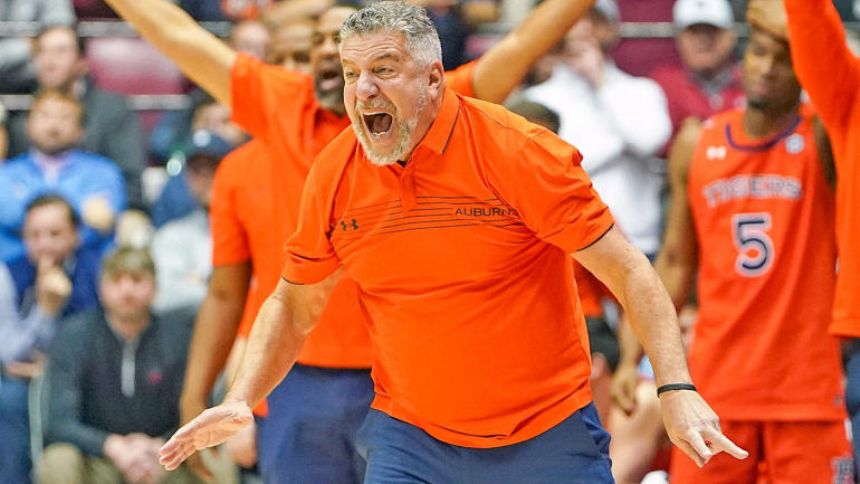 College basketball's top team will keep its coach for the foreseeable future. No. 1 Auburn and Bruce Pearl agreed to an eight-year contract extension on Friday, Tigers athletic director Allen Greene announced on Twitter.

Pearl, a two-time SEC Coach of the Year, has Auburn off to a sizzling 19-1 (8-0 SEC) start this season. On Monday, the program came in at No. 1 in the AP Poll for the first time in program history. The timing of the extension is also interesting considering Louisville, one of college basketball's premier jobs, recently became available after the Cardinals fired coach Chris Mack. While Pearl wasn't directly linked to the open job, he is one of the sport's top coaches and his name would be floated alongside any blue-blood hoops program.

"My family and I are going to be able to stay and be your basketball coach for a long, long time," said Pearl in Greene's announcement video. "I'm grateful, I'm humbled, I'm blessed to be your coach. And War Eagle."

This is Pearl's second contract extension with Auburn, as he inked a reported five-year deal worth $20.25 million after reaching the Final Four in 2019. That contract was set to run through the 2023-24 season, but Pearl's new deal will take him through this entire decade.

Auburn has flourished over Pearl's eight seasons at the helm, reaching NCAA Tournaments in 2017-18 and 2018-19 with another appearance likely coming this year. Before Pearl took over, the Tigers had missed 11 consecutive NCAA Tournaments.

Pearl is 157-93 all-time at Auburn, and his win total and .628 win percentage rank fourth and third, respectively, in program history. The 61-year-old became the only Auburn coach to reach the Final Four in 2019.

Prior to Auburn, Pearl enjoyed successful stints with Milwaukee and Tennessee. Milwaukee reached the NCAA Tournament in two of Pearl's four seasons (2001-2005) and has made it only once since. Tennessee, meanwhile, claimed three regular-season championships under Pearl, who coached the Volunteers from 2005-11.

Tennessee fired Pearl after the 2010-11 season after he lied to NCAA investigators during a recruiting probe.

Auburn is slated to return to its home court against Oklahoma on Saturday at 2 p.m., giving Pearl a chance to bask in Tigers fans' praise for sticking around.