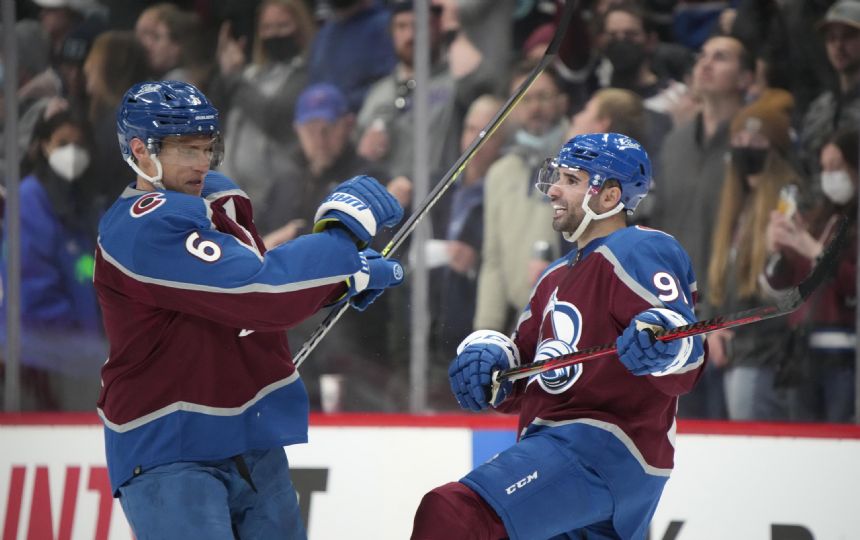 Nicolas Aube-Kubel had two goals and Devon Toews also scored for Colorado, which beat former teammate Philipp Grubauer to win its 12th straight at home and fifth in a row overall.

Grubauer, who had 31 saves, received a warm reception from the crowd. Marcus Johansson, Jared McCann and Colin Backwell scored for Seattle.

Pavel Francouz finished with 23 saves for Colorado, whose captain and top-line forward Gabriel Landeskog tested positive for COVID-19 on Monday and was placed in health and safety protocols.

WASHINGTON (AP) - Brad Marchand returned from a bloody nose to score two goals and assist on another in Boston's rout of Washington.

Marchand barely missed any time after taking a hard high stick to the face in the first period, and assisted on David Pastrnak's first of two goals.

Boston improved to 9-1-1 in its past 11 road games, and also got goals from Matt Grzelcyk, Craig Smith and Erik Haula. Linus Ullmark made 24 saves.

The Capitals' four-game losing streak is their longest of the season. Conor Sheary scored twice for Washington and T.J. Oshie had a goal. Goalie Zach Fucale was chased after allowing four goals on 16 shots in under 28 minutes of work, and Vitek Vanecek had 11 saves.