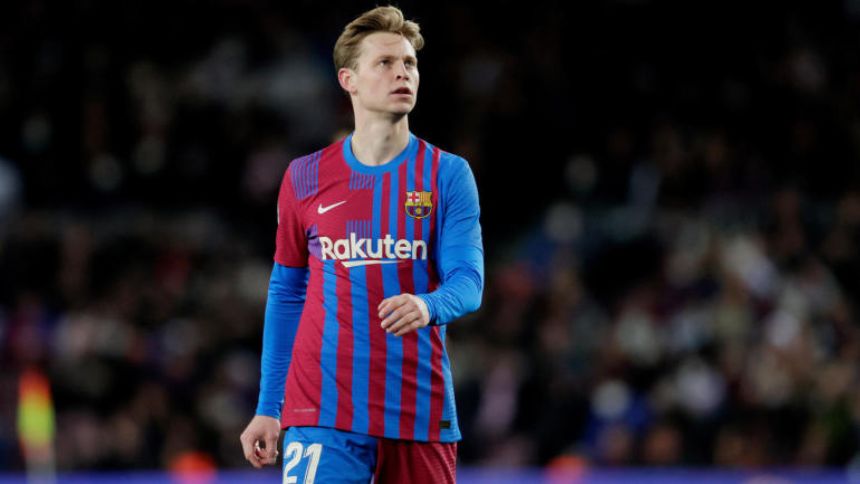 will try to re-establish its dominance of the visitors on Monday when it faces Cadiz in a La Liga match at Camp Nou. Barcelona (17-9-4) is second in La Liga's standings, while Cadiz (5-13-13) is 18th. Cadiz is in danger of relegation again, while Barca is fighting to stay in the top four. is 15 points clear at the top of the table, while Sevilla and Atletico Madrid are tied with Barcelona with 60 points. Cadiz is 2-2-1 in its past five matches, while Barca is 11-4-0 in its past 15 league games.

Kickoff is set for 3 p.m. ET in Barcelona. Caesars Sportsbook lists Barcelona as a -410 favorite (risk $410 to win $100) in the latest Barcelona vs. Cadiz odds, while Cadiz is a +1200 underdog. A draw is listed at +490 and the over-under for total goals is 3.5. Before locking in any Cadiz vs. Barcelona picks, you need to see what proven soccer insider Jon Eimer has to say.

Eimer is a high-volume bettor who has vast knowledge of leagues and players across the globe. Since joining SportsLine, Eimer has covered the English Premier League, Serie A, the FA Cup and much more. The Indiana-based handicapper compiled a winning record of 260-133-1 with over 90 units of profit for his community on various platforms over a recent two-month stretch. He is on a strong current run, going 10-5-1 in his last 16 soccer picks overall.

Now, Eimer has taken a close look at the Barcelona vs. Cadiz matchup and locked in his coveted picks and La Liga predictions. You can head to SportsLine now to see Eimer's picks. Here are the betting lines and trends for Cadiz vs. Barcelona:

La Blaugrana should have little trouble controlling this match, as it leads La Liga in possession (64.9 percent) while Cadiz is dead last (39.9). Barca has the second-most goals in the league with 60 and is allowing barely over a goal per game at 31 (sixth-fewest). Cadiz, meanwhile, has allowed 43 goals while scoring just 26. (10 goals) and (eight) have been doing the bulk of the work in attack for Barcelona. also is back and appears healthy, and he has four goals in 10 games.

Barcelona has tons of experience, with driving the attack in the middle and and contributing to the attack from the back. Ousmane Dembele shares the league lead with 11 assists despite playing just 14 games. Cadiz has taken just two points from 13 games all-time at Camp Nou, taking 1-1 draws in their first match there in 1978 and the most recent last February. Barcelona scored at least once in all 13 and had 35 goals overall in the 15 games. Barca is 10-2-2 with a plus-19 goal differential in its games at Camp Nou this season.

Cadiz is eager to stay in the top flight, and it has looked strong in recent weeks. It comes off a 2-1 loss to Real Betis, but played fourth-place Atletico Madrid tough in a 2-1 loss last month. It also drew with Valencia and beat Villareal and Rayo Villecano since the beginning of March. It has allowed just 10 shots on goal over the past four games (34 total). It outshot Atletico 14-6, though it had just three on target, and put seven on net against Villecano.

Cadiz has several players who can contribute goals, with seven players posting at least two. Five different players have scored in the past five games, including Alvaro Negredo. His goal in the loss to Atletico was his team-high sixth, and Anthony Lozano has five. With a lack of power up front, Cadiz plays a physical game, ranking second in La Liga in tackles (577) and tackles won (367). It also has the third-most pressures, and Alfonso Espino plays a major role. He is tied for first in La Liga in tackles won (64), second in blocks (70) and fourth in pressures (590).

Eimer has broken down Cadiz vs. Barcelona from every angle. He is leaning under on the goal total and has provided two other confident best bets, including one that returns plus-money, and a full breakdown of the match. He's only sharing his La Liga predictions at SportsLine.

So what are the best bets for Barcelona vs. Cadiz? Visit SportsLine now to see the picks, all from a top bettor with a proven soccer track record, and find out.