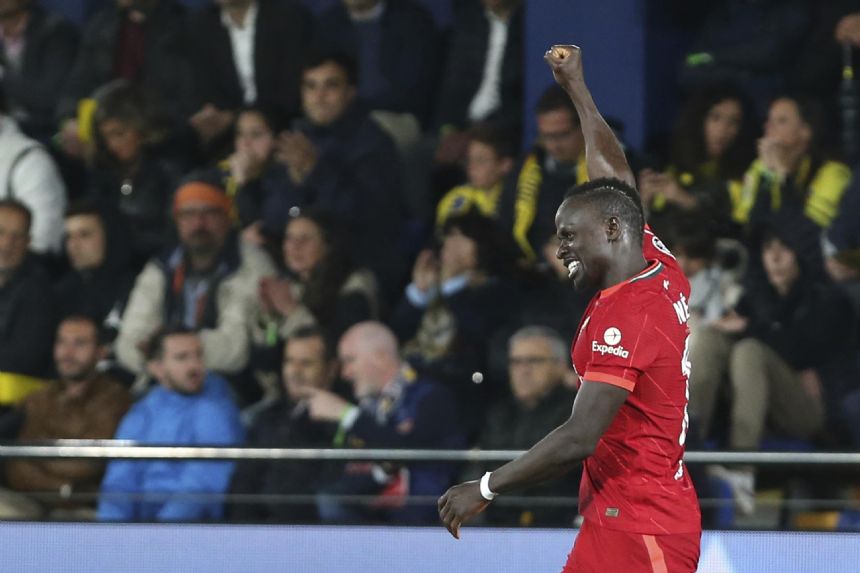 The Bavarian powerhouse said the 30-year-old Mane had signed a contract with the club through June 2025.

"There are very few players like him in the world," Bayern chief executive Oliver Kahn said. "We're sure that Sadio Mane will delight our fans in the coming years with his spectacular style of play. He's ambitious and eager to win more titles. This package is very strong."

Mane's arrival will fuel speculation that Poland star Robert Lewandowski is set to leave Bayern. Lewandowski, who scored 312 goals in 384 Bundesliga games for Bayern and former club Borussia Dortmund, has been pushing for a departure since last season ended.

Mane just completed what was arguably the best season of his career, converting the clinching penalty in a shootout to win the African Cup of Nations for Senegal, helping his country qualify for the World Cup, and starring for Liverpool in a campaign where the club nearly achieved an unprecedented quadruple of major trophies.

He won every major honor with Liverpool - the Champions League and Club World Cup in 2019, the Premier League in 2020 and both the FA Cup and League Cup in 2022. He has also scored 31 goals in 89 appearances for Senegal and was named African Footballer of the Year in 2019.

Lewandowski tallied 35 goals in 34 appearances last season to become the Bundesliga's leading scorer for the fifth season in a row, and the seventh time overall. He also broke the old record for Bundesliga goals in a season with 41 last year.

Mane scored 120 goals in 269 competitive appearances for Liverpool after joining from Southampton in 2016. He previously played for Salzburg, where he won an Austrian title, and French club Metz, which he joined as a 19-year-old from Generation Foot in Senegal.

"Everyone knows his outstanding technical qualities as well as his incredible mentality," Bayern sporting director Hasan Salihamidzic said. "He will contribute a lot and help to lead our team, which has a great structure."