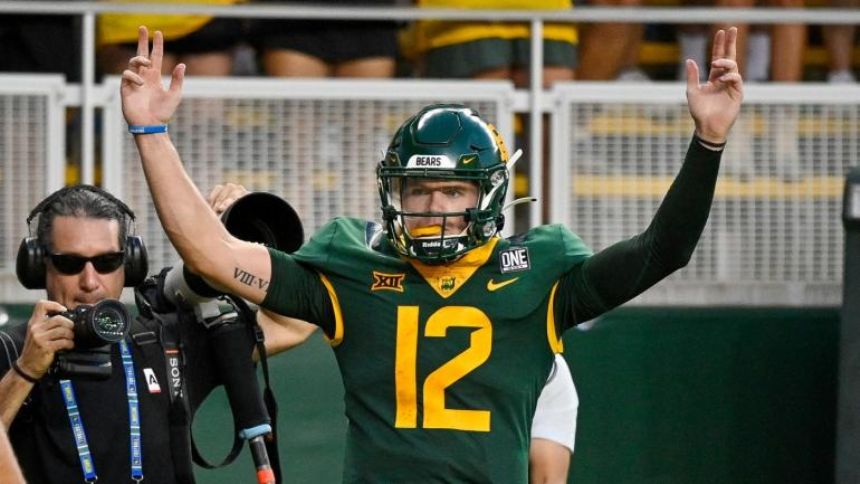 The No. 17 Baylor Bears will open the Big 12 portion of the season when they face the Iowa State Cyclones on Saturday afternoon. Baylor lost to No. 21 BYU in double overtime two weeks ago, but it bounced back with a 42-7 win over Texas State last week. Iowa State has won its first three games of the season, including a 43-10 win over Ohio its last time out.'

Kickoff is set for noon ET. The Cyclones are favored by 2.5 points in the latest Iowa State vs. Baylor odds from Caesars Sportsbook, while the over/under is set at 45.5. Before entering any Baylor vs. Iowa State picks, you'll want to see the college football predictions from the model at SportsLine.

Iowa State has put together three solid performances already this season, including a 10-7 road win at Iowa in Week 2. The Cyclones have also recorded blowout wins over Southeast Missouri State and Ohio at home, giving them plenty of confidence heading into this game. Sophomore quarterback Hunter Dekkers has completed 74.3% of his passes for 745 yards and eight touchdowns, with senior wide receiver Xavier Hutchinson catching 28 of those throws for 319 yards and five scores.'

Junior running back Jirehl Brock is off to a good start as well, rushing for 280 yards and a touchdown on 50 carries. Baylor has only been on the road once this season, losing to BYU in double overtime in that game. Iowa State is on a six-game home winning streak and has a chance to put together the program's best start since 2000.'

Baylor will be the best opponent that Iowa State has faced this season, and the Bears have a competitive edge after playing BYU on the road earlier this month. Their run defense has been spectacular, allowing just 2.6 yards per carry. Iowa State ranks ninth in the Big 12 in rushing yards per game, which is going to make it difficult for the Cyclones to put up points on Saturday.'

The Bears led the conference in rushing yards last season, and they are averaging 234.7 per game this year. They put up 69 points against Albany and 42 points against Texas State, so they are prepared to outscore Iowa State this week. Baylor has won six of the last nine meetings between these teams, covering the spread in four of the last five outings.'

The model has simulated Iowa State vs. Baylor 10,000 times and the results are in. The model is leaning Under, and it also says one side of the spread has all the value. You can only see the pick at SportsLine.

So who wins Baylor vs. Iowa State? And which side of the spread has all the value?'Visit SportsLine now to find out which side of the Iowa State vs. Baylor spread you need to jump on Saturday, all from the model that has crushed its college football picks, and find out.