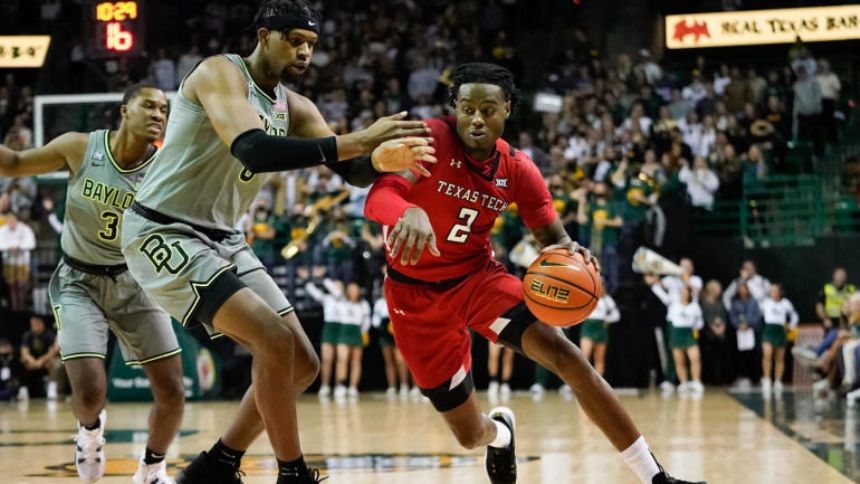 The last unbeaten team in college basketball lost its first game of the season on Tuesday, as No. 1 Baylor dropped a 65-62 thriller against No. 19 Texas Tech at home. The loss ended the nation's longest winning streak at 21 games. Baylor's loss came just hours after No. 5 USC also dropped from the ranks of the unbeaten with a 75-69 loss to Stanford.

Texas Tech's defense made life hard on Baylor's prolific offense all night as the Red Raiders (12-3, 2-1 Big 12) notched their second straight victory against a top-10 opponent following their 75-67 win over then-No. 6 Kansas on Saturday. The back-to-back victories are particularly impressive for TTU because they have come without leading scorer Terrence Shannon Jr., who is dealing with a back injury that his kept him out since a Dec. 14. win over Arkansas State.

The Red Raiders did get Kevin McCullar back on Tuesday after he missed two games with an ankle injury, and the junior guard hit a huge 3-pointer with 2:39 that gave Texas Tech a 59-52 edge, its largest lead of the game. But Baylor closed the gap to a single possession on a couple more occasions and had a chance to tie while down 65-62 in the final 20 seconds, but Jams Akinjo missed a potential game-tying 3-pointer as time expired

This marks the earliest loss for college basketball's last undefeated teams since 2017-18, when unbeaten Arizona State, TCU and Villanova all lost on Dec. 30. Gonzaga remained undefeated until losing to Baylor in last season's national title game on April 5. In the 2019-20 season, San Diego State started 26-0 and didn't lose until Feb. 22. Virginia and Michigan were both unbeaten until Jan. 19 of the 2018-19 season.

AP Sports will update this story soon with takeaways from the action.