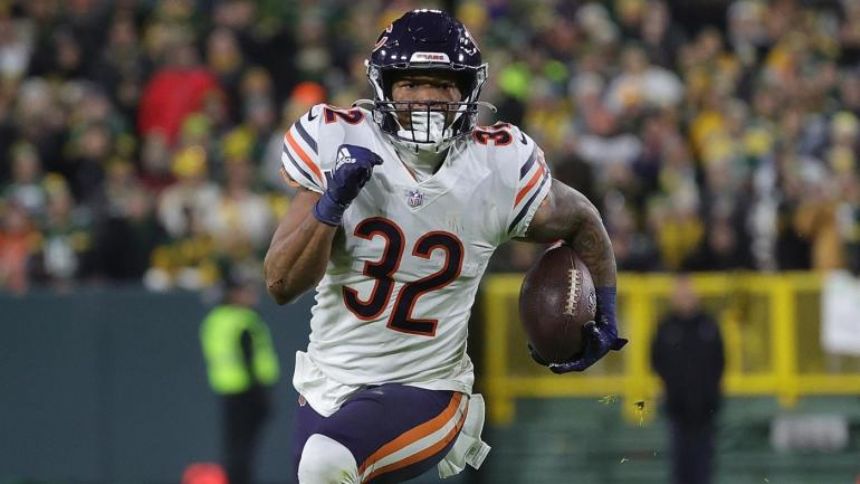 The Chicago Bears will look to stay perfect on the season when they face the rival Green Bay Packers on Sunday Night Football. The Bears (1-0) got off to a fast start to the year last week by upsetting the San Francisco 49ers 19-10 at a rainy Soldier Field. The Packers (0-1), meanwhile, began this season like they did in 2021, getting blown out in the opener, this time 23-7 to the Minnesota Vikings. This will be Green Bay's home opener, where they went 8-0 a season ago. The Packers have won the last six meetings against Chicago and leads the all-time series, 102-94-6.

Kickoff from Lambeau Field is set for 8:20 p.m. ET. Green Bay is a 10-point favorite in the latest Bears vs. Packers odds from Caesars Sportsbook, while the over-under for total points scored is 42. Before making any Packers vs. Bears picks, be sure to check out the NFL predictions and betting advice from the SportsLine Projection Model.

Now, the model has set its sights on Bears vs. Packers and just locked in its picks and SNF predictions. You can visit SportsLine now to see the picks. Here are the NFL odds and betting lines for Bears vs. Packers:

Why the Packers can cover

Green Bay is led by future Hall of Fame quarterback Aaron Rodgers, who completed 22 of 34 passes (64.7 percent) for 195 yards and one interception last week at Minnesota. Like this year, Rodgers had a slow start to the 2021 season, but finished as the league's MVP. In 16 games played a year ago, Rodgers completed 366 of 531 attempts (68.9 percent) for 4,115 yards and 37 touchdowns against four interceptions for a rating of 111.9. He has passed for more than 4,000 yards in each of his last four seasons.

Also leading the offense is the running back tandem of Aaron Jones and A.J. Dillon. Although the two combined for just 15 carries against the Vikings, they had nearly 100 yards rushing and a score. Jones carried five times for 49 yards (9.8 average), including one explosive play of 29 yards. Dillon carried 10 times for 45 yards and a touchdown and also led the team with five receptions for 46 yards and two first-down conversions.

Why the Bears can cover'

Running back David Montgomery led Chicago in rushing in 2021, playing in 13 games. He carried 225 times for 849 yards (3.8 average) and seven touchdowns. Against San Francisco in the opener, he was held to 26 yards rushing, but caught a team-high three passes for 24 yards. In one game against the Packers a year ago, Montgomery carried 10 times for 42 yards and had six receptions for 39 yards.

How to make Bears vs. Packers picks

SportsLine's model is leaning Over on the point total, projecting the teams to combine for 46 points. It also says one side of the spread has all the value. You can only get the model's SNF picks at SportsLine.'