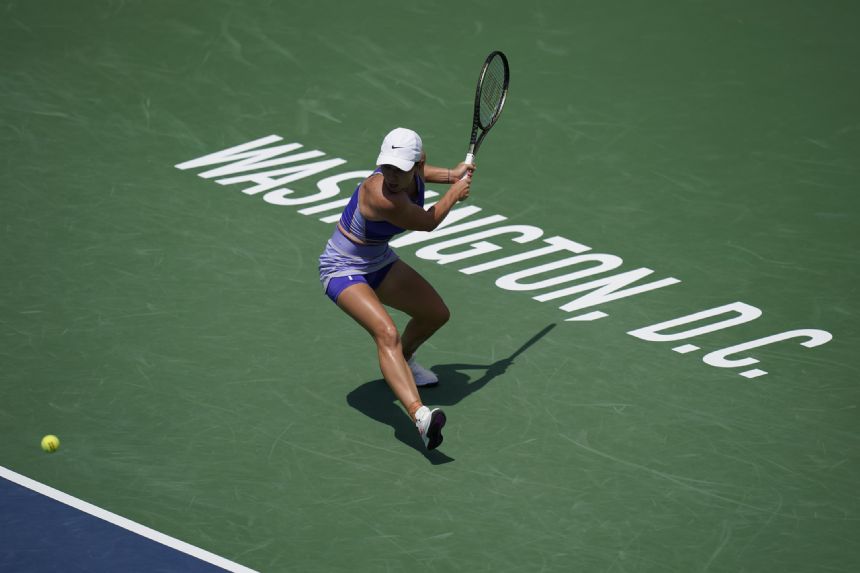 WASHINGTON (AP) - Simona Halep won her opening match at the Citi Open on Monday hours before another former No. 1-ranked women's player returned to singles action for the first time in 2022.

Venus Williams is set to play her first singles match in nearly a year when she faces Canadian Rebecca Marino on the same court where the third-seeded Halep beat Cristina Bucsa of Spain 6-3, 7-5 earlier in the day at the hard-court tuneup for the U.S. Open.

"I had a good run in Wimbledon, so it's always tough to start," Halep said of changing surfaces after the grass-court season. "But I'm really happy I won the match and I can play another match here."

Williams has not played a WTA singles match since losing to Su-Wei Hseih 6-2, 6-3 in Chicago on Aug. 23. She and partner Coco Gauff lost their doubles debut earlier this year at the French Open.

On the men's side, Kyle Edmund defeated qualifier Yosuke Watanuki 6-4, 7-6(8) to win his first ATP Tour-level singles match since October 2020. Edmund, who was once the top-ranked Brit and climbed as high as 14th in the world, was out while recovering from three knee surgeries.

During his rehab, Edmund pictured himself back on the court in moments like this.

"There was long periods where I was just out, couldn't play, didn't pick a racket up. ... It just wasn't fun at all," he said. "These sort of matches or these events are something you imagine when you're out."

Countryman Andy Murray is set to play his first match of the tournament Monday afternoon against Mikael Ymer of Sweden.