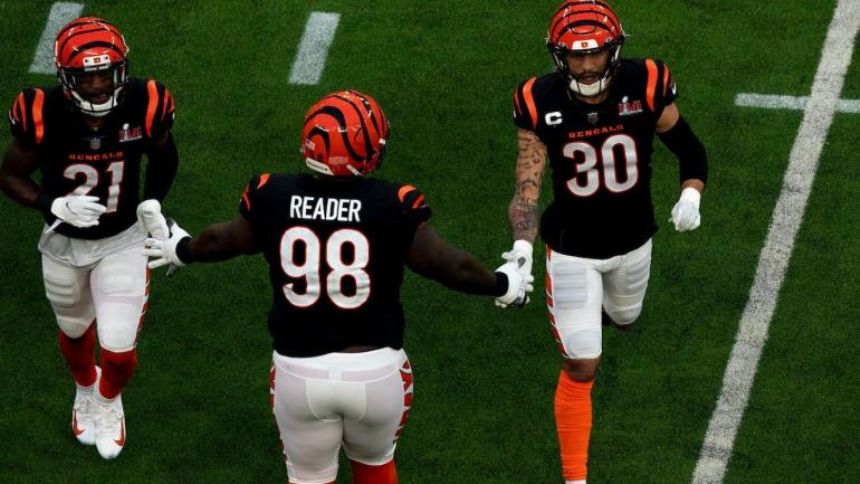 The Cincinnati Bengals are coming off of a remarkable 2021 campaign that ended in Super Bowl LVI. It's pretty wild to consider where they were just a year ago. Zac Taylor's team went 4-11-1 in 2020 and entered this past season with a young quarterback coming off of an ACL tear, a first-round wide receiver who dropped virtually every ball thrown towards him in the preseason, and a defensive unit that had some questions. Still, this team battled to not only win the AFC North, but win the AFC conference.

As we enter 2022, the question begs to be asked: Are the Bengals going to be a perennial contender moving forward, or did they just happen to catch lightning in a bottle? Vegas isn't sure, either, as Caesars Sportsbook currently has the Cleveland Browns as favorites to win the division this upcoming season at +170. Not only are the Bengals not favored, but they are tied with the Baltimore Ravens with the second-shortest odds to win the division at +220. There are also five teams ahead of the Bengals for best odds to win the AFC in 2022!

Naturally, the Bengals don't care what Vegas has to say, because they are the reigning AFC champions, and will be until someone knocks them off their pedestal.'

"I don't know," Bengals defensive lineman D.J. Reader said when asked if he was surprised the Browns are favorites to win the AFC North this season, per NFL.com. "I watched a couple UFC fights this weekend. Vegas gets it wrong sometimes, too. They win most of the time, they're the house, but they get it wrong a lot of times, too.

"Who cares? It seems like it goes through us right now, so until somebody comes and takes it from us, I'm gonna be confident in us."

It's easier to be more high on the Buffalo Bills in 2022, or any of the new-look teams in the AFC West. But one thing to keep in mind is that the Bengals got better this offseason. Joe Burrow spent half of last postseason on his backside due to a lackluster offensive line. Cincinnati wasted no time addressing this in the offseason, as it acquired a new right tackle, new right guard and new center. The Bengals also beefed up the defensive side of the ball, spending five of their six draft picks on defensemen.'

The stars on this team are young, and led by a coach who just turned 39 on Tuesday. It's possible we haven't seen the Bengals play their best football just yet, and that's a scary thought.'