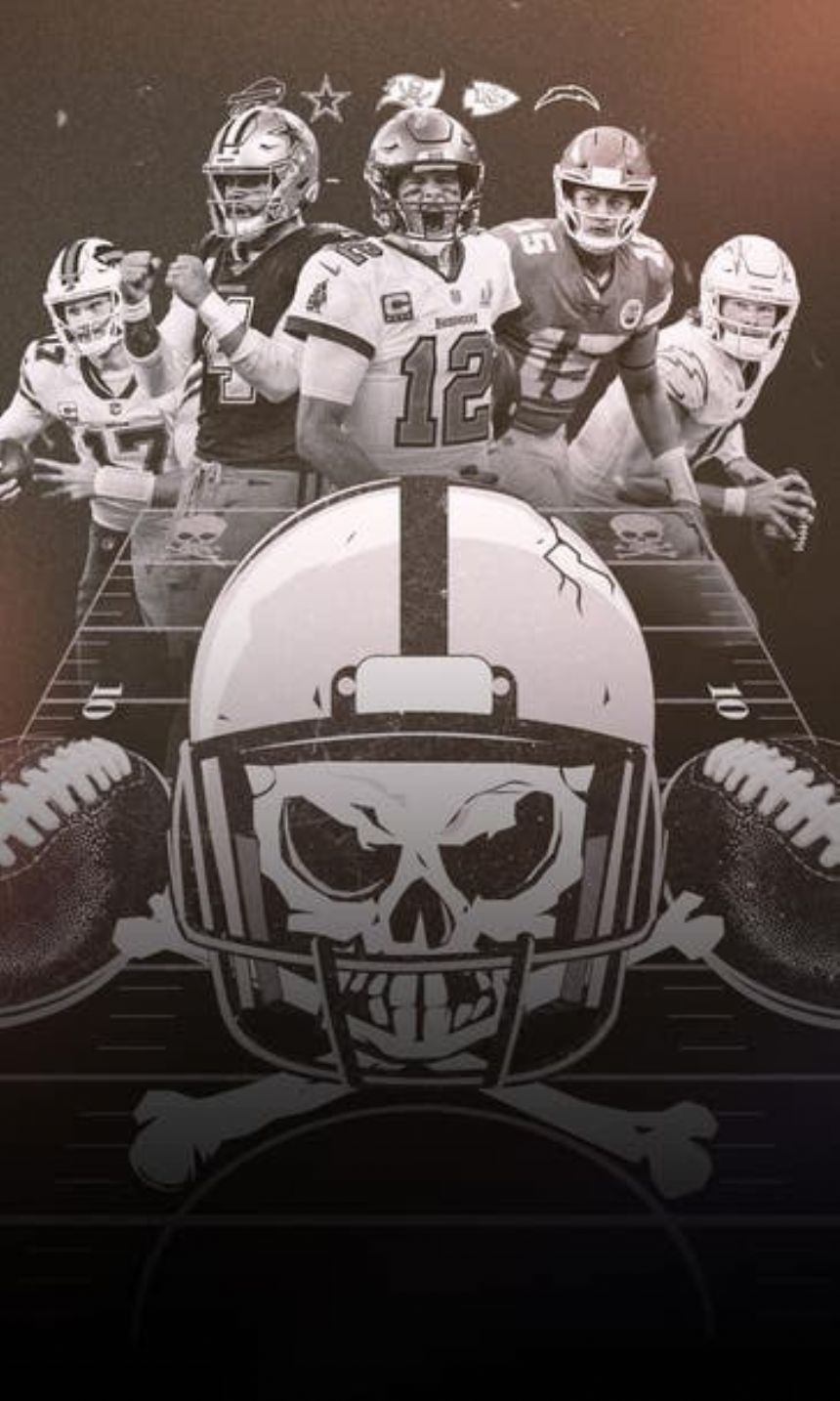 With the NFL Draft settled and free agency far in the rearview mirror, NFL rosters are mostly set for the upcoming season.'

The offseason has been marked by movement on the offensive side of the ball, shaking up some of the best units around the league. So, which NFL team has the scariest offense heading into the 2022 campaign? "Speak For Yourself" co-hosts Emmanuel Acho and Marcellus Wiley reveal their personal lists.'

Wiley's thoughts: "They went from one to five. That's as much as you could drop the Cowboys, unless you think Amari Cooper was the entire offense. Yeah, they're going to take a hit, but CeeDee Lamb, let's continue to see his growth. Dak Prescott, continue to see his evolution. And finally get over the hump, Cowboys. At least you're going to put up some points."

Acho's thoughts: "A lot of people might scoff at that but as an NFL defender, I'm going to open up your mind a little bit. Imagine on the outside you have A.J. Brown, that's one thing. On the other side you have Heisman winner DeVonta Smith, that's another thing. And at running back you have Miles Sanders, an explosive playmaker. At tight end you still have Dallas Goedert, a 6-foot-5 cat who can run. But here's the real problem: At quarterback you have Jalen Hurts. Now, Jalen Hurts isn't really scaring anybody on defense with his mind, nor is he scaring people with his arm. But remember, only six quarterbacks in the history of the NFL [have recorded] 3,000 yards passing, 780 yards rushing. ... When you talk about a scary offense, you have to think about what an offense can do to you. How can an offense inflict pain on you? If you're worried about Brown, if you're worried about Smith, you have to also be mindful of Jalen Hurts keeping it himself."

Wiley's thoughts: "Tyreek Hill's not in the building, but I still believe in Andy Reid's system, and the fact that last year we saw Patrick Mahomes throw a touchdown pass to 11 different receivers. Patrick Mahomes is going to spread that thing around a little different this year because you don't have that guy taking the top off the defense."'

Wiley's thoughts: "You forgot, if Kyler Murray stays healthy, these Cardinals are going to be special. They did score 30 points or more in seven different games, you got to respect it. They were undefeated before injuries started to take them out of the conversation of being real contenders. I like the offense. They're loaded. They even got [Marquise] 'Hollywood' Brown just to kind of make up that gap until you get D-Hop [DeAndre Hopkins]. Then you got D-Hop and Hollywood Brown. Oh, something special out there."

Acho's thoughts: "They still have Mike Evans, they still got Chris Godwin. Leonard Fournette decided, let me come back. When I think about scary offense, I think about offenses that are versatile. An offense that can light you up through the air, which the Buccaneers can do, and an offense that can still rush for 100 yards. ... You're not that intimidating to me if you can only do one thing well. The Bucs can do a few things well."'

In USA Today's newest NFL Power Rankings, the Philadelphia Eagles are listed at No. 12. Meanwhile, Skip's Cowboys are 19th on the list, with the prediction that Dallas won't repeat as NFC East champions. Skip Bayless and Shannon Sharpe react.

Acho's thoughts: "Josh Allen, beast. Stefon Diggs, beast. But what we have to remember, the last time we saw Gabriel Davis, their No. 2 receiver, he was going off for 200 yards, four touchdowns in a playoff game. In the event that Gabriel Davis is actually that good and that wasn't just a fluke, if he truly is a four touchdown potential type of receiver, this Bills offense is going to be stupid. They already were stupid. They already had one of the top quarterbacks in football, a top-three quarterback in my mind. But if Gabriel Davis can really be that guy, coupled with Stefon Diggs on the other side, what can't they do?"

Acho's thoughts: "The only team in football with two, 1,000 yards receivers and a 1,000 yard rusher. Joe Mixon does not get the credit for the football player that he is. Tee Higgins, Ja'Marr Chase on the other side. Plus, Joe Burrow, in my mind, is only going to get better. You got to remember, Joe Burrow this season was coming off a devastating and grueling knee injury. Joe Burrow did not have an offseason in which he could get better. Joe Burrow's last offseason, he spent the majority of his time just trying to get healthy. Now you're telling me that Joe Burrow will be able to get better this offseason. Ja'Marr Chase will come into his sophomore season, Tee Higgins will come into his third season. I think that this offense is going to be lethal."

Wiley's thoughts: "What offense has the best quarterback in the NFL right now? Herbie [Justin Herbert], L.A. Chargers. Mike Williams had 1,100 yards last year. Keenan Allen had 1,100 yards last year. And they still weren't playing their best offensive ball. Austin Ekeler doesn't get the credit he deserves because he doesn't look the part. But let's talk about his production and how he is in the red zone. Look at this offense all around."