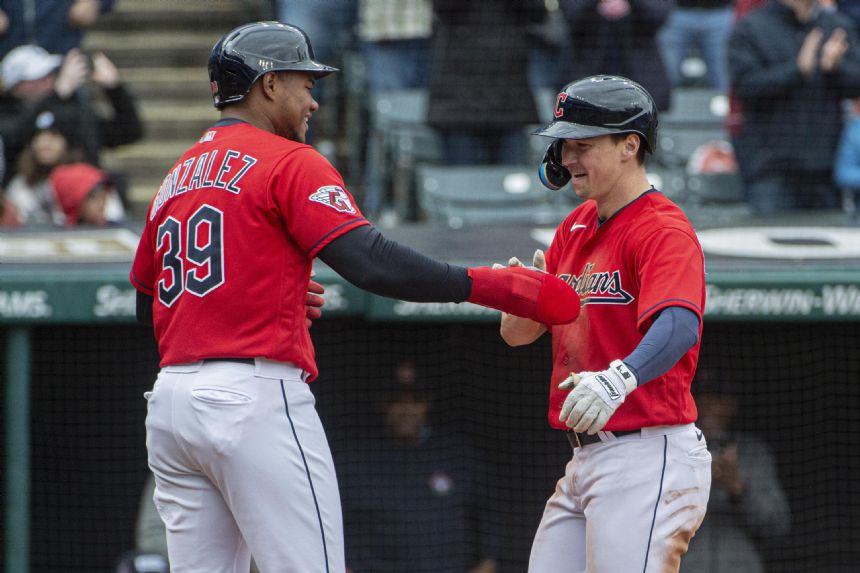 The right-hander gave up both runs - one unearned -in the fourth and scattered seven hits, struck out three, walked one. Bieber finished the regular season with 198 strikeouts in 200 innings.

Naylor played first base and batted cleanup, one spot ahead of his brother Bo, who was the designated hitter. Bo Naylor, called up from the minors Saturday, struck out in all four at-bats.

Josh Naylor's home run gave Cleveland a 7-0 lead. Brennan, another rookie, hit his first major-league homer earlier in the inning. He also tripled and scored to leadoff the game.

Kansas City cut the score to 7-5 in the eighth, but Trevor Stephan retired Edward Olivares with two on to end the inning. Emmanuel Clase pitched the ninth for his major-league leading 41st save.

Amed Rosario had a sacrifice fly in the first before Cleveland sent nine men to the plate in the second and scored six times with two outs.

Brennan is batting .355 in nine games since being called up from Triple-A Columbus on Sept. 21.

Jose Ramirez stole his 20th base of the season in the seventh, the fourth time in his career he has hit 20 home runs and stolen 20 bases in a season.

Castillo allowed seven runs in five innings. MJ Melendez and Vinnie Pasquantino each had three hits for the Royals.

Royals catcher Salvador Perez wasn't in the lineup after feeling soreness in his left thumb during Saturday's game.

Perez tore the ulnar collateral ligament in the thumb in June, had surgery and returned in late July. Perez homered in the seventh inning Saturday and was removed from the game following the at-bat because of discomfort in the thumb.

Manager Mike Matheny said tests showed the area where the surgery was performed wasn't affected and Perez is day-to-day over the final three games of the season.

"We're fortunate everything looked good where the repair was," Matheny said. "That didn't seem to be an issue. It's just sore."

The game-time temperature was 58 degrees, which felt much lower to fans thanks to a 22 mph wind blowing in from center field.