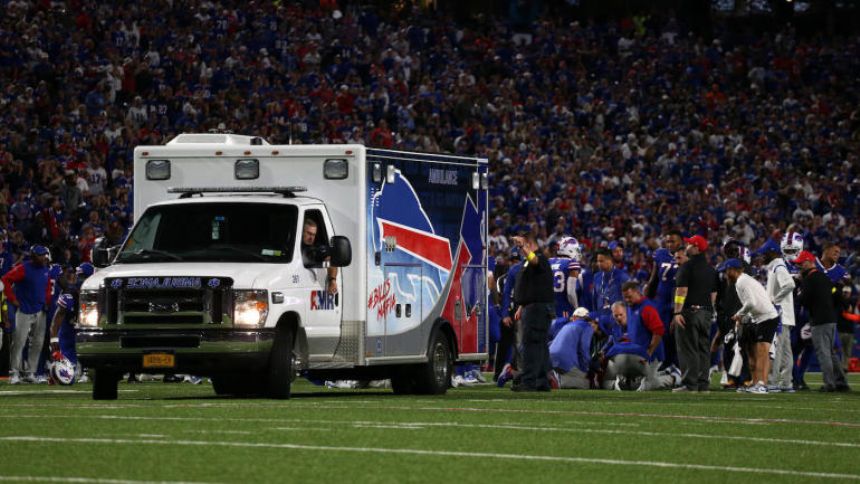 The Buffalo Bills' Monday night matchup vs. the Tennessee Titans was put on pause with just under one minute remaining before halftime, as Bills cornerback Dane Jackson suffered what appeared to be a very scary head or neck injury.'

Jackson was making a tackle on Titans wide receiver Treylon Burks'when he was hit by teammate Tremaine Edmunds. Jackson was on his stomach, when Edmunds came diving in and bent Jackson's neck backwards in an unnatural way. Jackson remained on the turf for about a minute before an ambulance was called out onto the field.

The entire Bills team walked onto the field to watch their teammate be loaded into the ambulance.'

The entire #Bills team is on the field for Dane Jackson, whose head and neck were bent back in an awkward, violent collision with a teammate. pic.twitter.com/9bLC696IHr

Jackson was a seventh-round pick of the Bills in the 2020 NFL Draft out of Pitt. He entered this season with 56 combined tackles, 11 passes defensed and one interception in 22 career games played. In the season opener against the Los Angeles Rams'last week, he recorded five combined tackles, one pass defensed and an interception of Matthew Stafford.'

This is a developing story.'